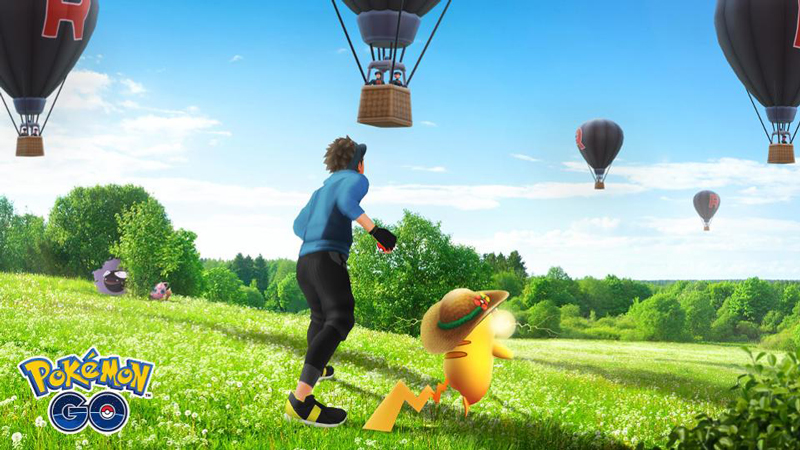 If you’ve logged into Pokémon Go recently, you might have noticed some strange new hot air balloons floating around you. The culprit? Team Rocket, of course. The bumbling Pokémon snatchers are now launching a worldwide hot air balloon invasion. Maybe they're just really into Flying Pokémon?

Instead of going out to specific Pokestops to fight Team Rocket and engage in battles, Team Rocket will now come to you. It’s a smart move on developer Niantic’s part, allowing players to practice social distancing without having to lose out on Team Rocket battles. If players have a Rocket Radar or Super Rocket Radar equipped (available via in-game quests), they might even be able to battle a Team GO Rocket Leader or Giovanni himself.

This is all part of a series of changes to Pokémon Go, due to the current pandemic keeping most players at home. Players now get free daily gifts, Remote Raid Passes, nearby spawns and reduced walking distances to hatch eggs and get candy from buddy Pokémon. Generally, you won’t have to go out as much to play the game anymore.

These Team Rocket invasions might be a lead-up for something bigger, however. Niantic is ramping up for their big Pokémon Go Fest 2020 event, which is going to be online-only this year. The event runs from July 25 to July 26, and it will be interesting to see how Team Rocket might factor into things then.

Recently data-mined information from the game has made many players speculate that iconic Team Rocket members Jessie and James might make an appearance during the event.