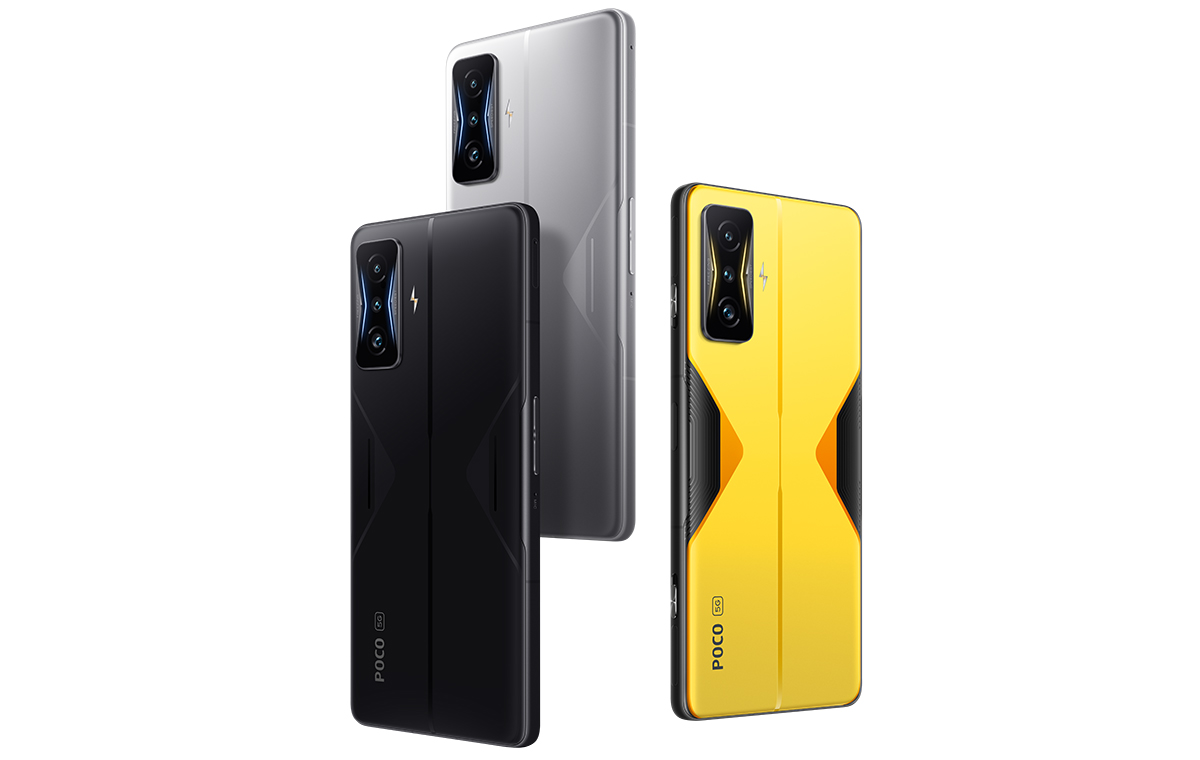 Poco (sub-brand of Xiaomi) announced its 2022 flagship products via an online keynote, which consists of a top-end phone, true wireless earbuds for Geshin Impact fans, and a multi-purpose fitness tracker. Let’s take a closer look at each offering.

The Poco F4 GT employs gaming-focused parts with a youthful design language, similar to Poco’s past handsets with the “GT” moniker. It’s marketed as a powerful, everyday handset that can handle most gaming apps and social media or streamed content effortlessly. Living up to that marketing is the Snapdragon 8 Gen 1 processor within (the flagship Qualcomm chipset for top-end phones this year), which also grants the phone 5G connectivity. 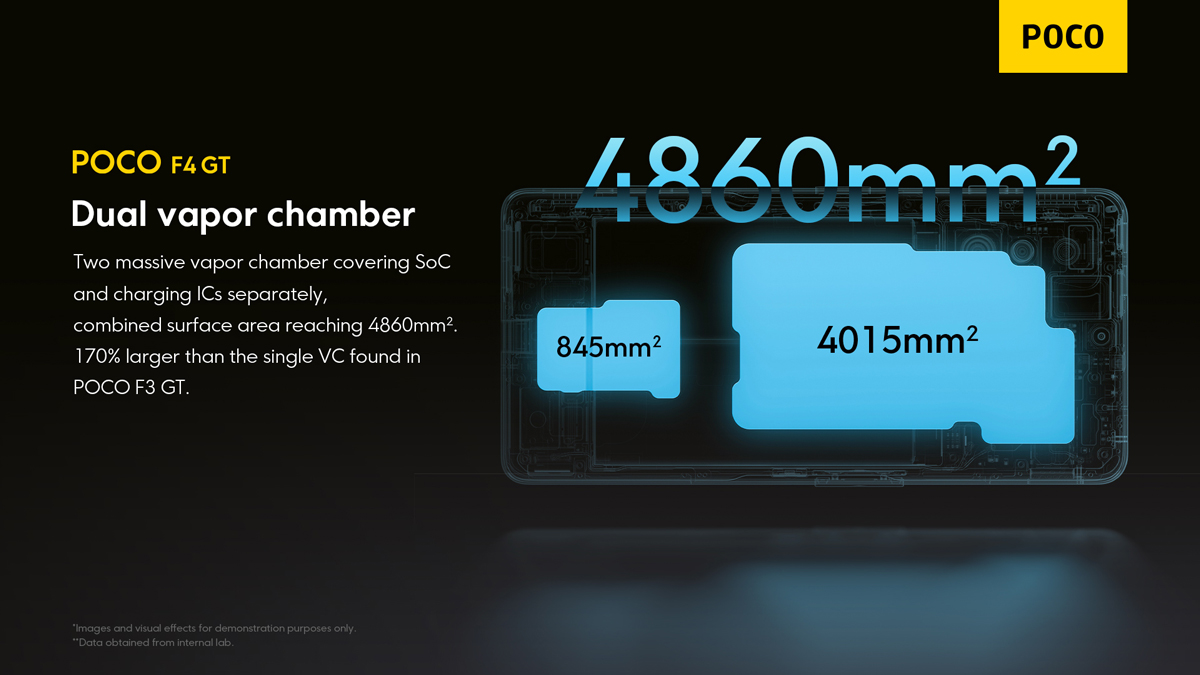 Poco also included a dual vapour chamber cooling system (LiquidCool Technology 3.0) for heat management, and a 4,700mAh battery with 120W HyperCharge fast-charging. For charging safety, it also included AdaptiveCharge on the F4 GT – preventing the phone from overcharging when it’s plugged in overnight.

This Android 12 phone also packs several perks to enhance its overall videogame experience. There are magnetic pop-up trigger buttons similar to shoulder buttons found on game console controllers (which Poco said they can withstand 1.5 million presses). The CyberEngine linear vibration motor inside is said to provide better tactile feedback. Both features also work with other smartphone functions when it’s not tasked with games. For example, the triggers can become shortcut buttons to other apps.

On the back is a triple rear camera setup with a 64MP main shooter (Sony IMX686 sensor), an 8MP ultra-wide camera, and 2MP macro camera. The front camera for selfies and video calls is a 20MP shooter (Sony IMX596).

The Poco F4 GT is available 8GB RAM + 128GB storage and 12GB RAM + 256GB storage variants, at S$899 and S$999 respectively. It goes on sale from 28 April 2022 onwards in Stealth Black, Knight Silver, and Cyber Yellow. You can find it at official Poco storefronts on Shopee and Lazada.

For a limited time, Poco F4 GT retails at an early bird price of S$649 and S$749 respectively, but the brand didn’t indicate when this promotion ends. 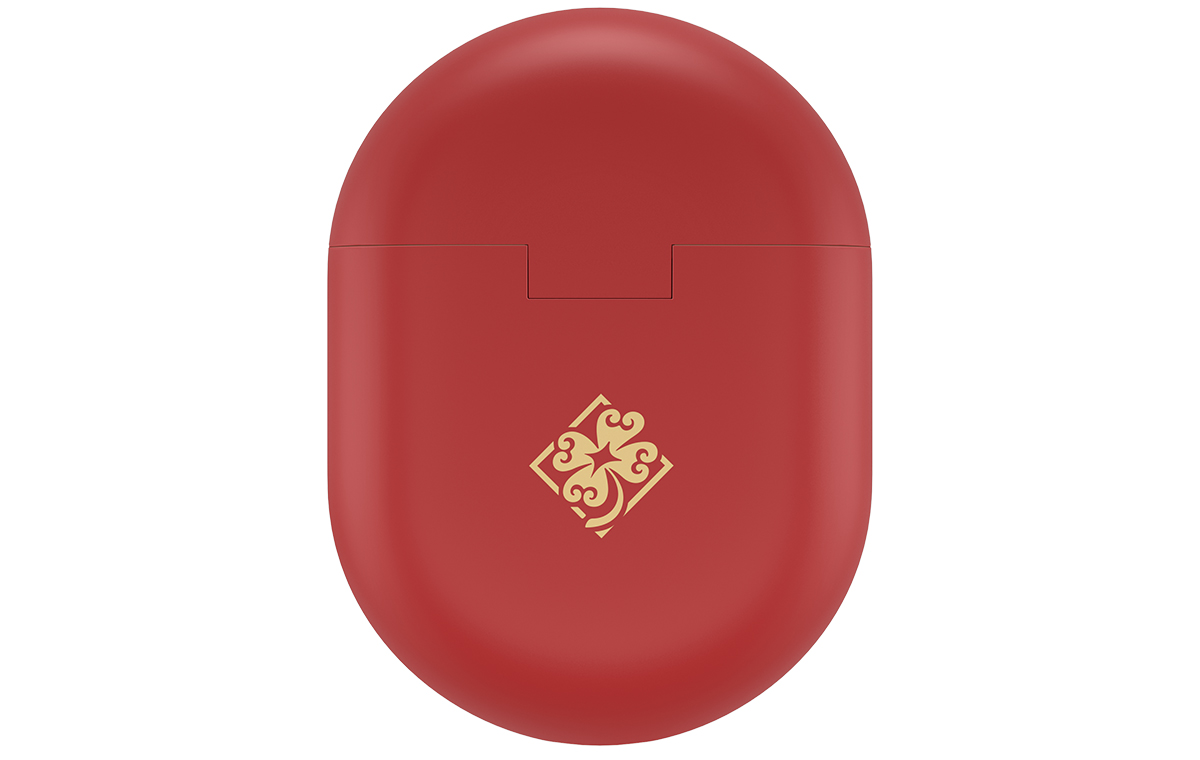 To be more accurate, these Poco Buds Pro appeal to a very specific group of Genshin Impact fans. The earbuds built-in notifications are voiced by Klee, of the game’s well-liked characters. The charging case is also inspired by the character’s backpack design, and the buds have her clover motifs. As a device, the Buds Pro offer automatic noise cancellation that detects surrounding noise levels to select an ideal level of ANC. Inside are 9mm composite dynamic drivers for sound quality, and the buds are further protected with IPX4-rated water resistance (just enough to fend off rain and sweat).

With the charging case, these buds offer a total of 28 playback hours. They can also be simultaneously paired to two devices (for example, laptop and smartphone), allowing users to switch between different device sources effortlessly.

The Poco Buds Pro Genshin Impact Edition retails from 28 April 2022 onwards at S$99 with a limited early bird price of S$79. You can find it at official Poco storefronts on Shopee and Lazada. Poco is also offering a limited add-on deal – the buds are 50% off their original price if purchased alongside the Poco F4 GT. The Poco Watch is a fitness tracker that uses a smartwatch form factor, and it’s also the first of its product line.

Its 1.6-inch AMOLED touch display offers more than 100 customisable watch faces, and acts as a gateway to the 100 different types of workout modes it tracks. There’s built-in GPS, an optical heart rate sensor (with SpO2 tracking), an accelerometer, a gyroscope, and an electronic compass, making it an all-rounded fitness tracker. 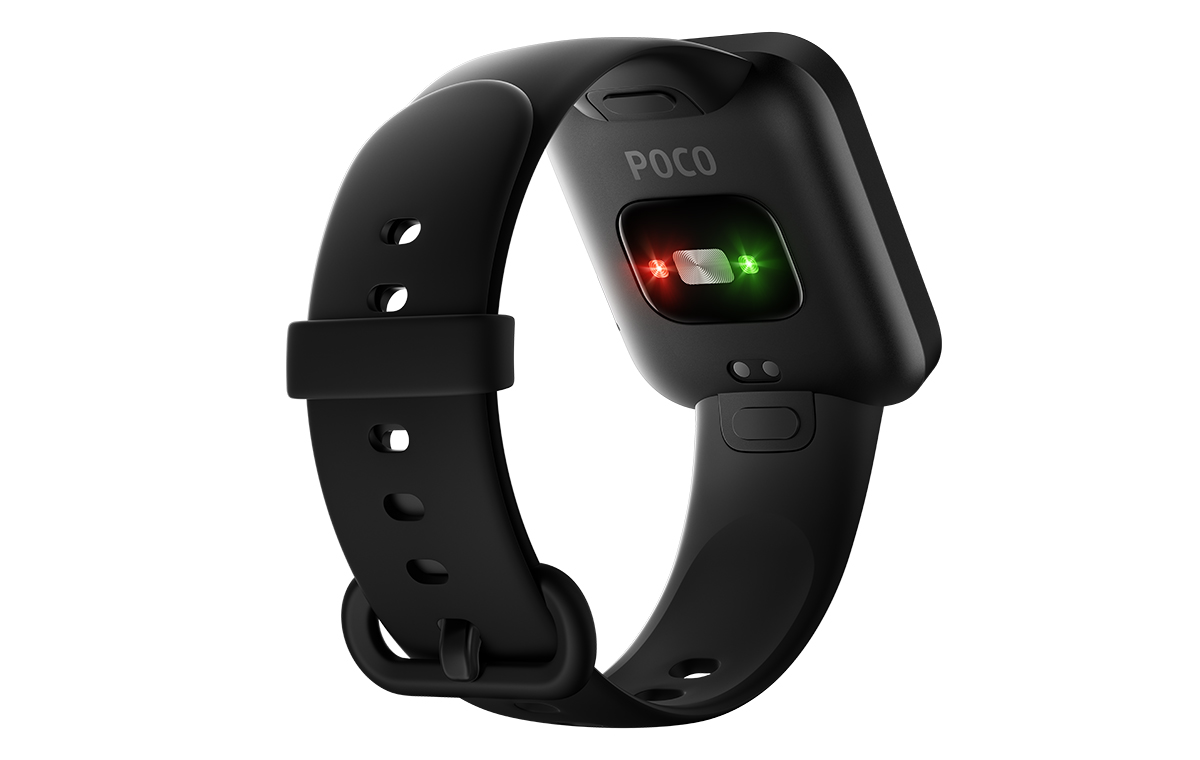 According to Poco, it can also track breathing exercises, has 24-hour stress monitoring, and offers “female health cycle” tracking, which we guess is Poco’s weird way of simply saying menstrual tracking.

Poco didn’t state the operating system used on the Poco Watch, but the brand did mention it’s compatible with phones running Android 6.0 or later, and Apple iOS 10 or later. One highlight is its 5ATM water resistance, which allows it to survive depths of 50 meters. Another key feature is the watch’s 14-day battery life (per Poco’s claim).

Poco Watch retails on 28 April 2022 onwards at S$99 with a limited early bird price of S$79. You can find it at official Poco storefronts on Shopee and Lazada.

Join HWZ's Telegram channel here and catch all the latest tech news!
Our articles may contain affiliate links. If you buy through these links, we may earn a small commission.
Previous Story
Samsung's T7 Shield is a rugged portable SSD that's dust and water-resistant
Next Story
Casio's new G-Shock MTG-B3000 watch features a thinner profile, great for slim wrists