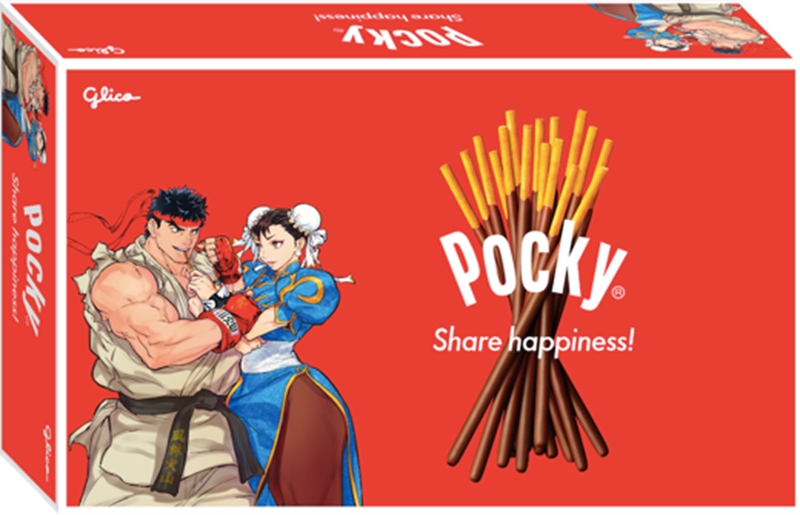 First, there were esports athletes and energy drinks. Then it was MOBA games and luxury fashion houses. Now it's Pocky and Street Fighter? My word, esports partnerships are getting quirkier and quirkier indeed!

Case in point, Ezaki Glico USA, who's in charge of the famous chocolate stick snack, has just announced their entry into the world of esports. They'll be working with video game publisher Capcom through Street Fighter V: Arcade Edition, but to be more specific, they'll be doing so via a one-of-a-kind Pocky K.O. challenge campaign.

So, after you grab a screenshot or video capture of that oh-so-magnificent Pocky K.O., use this online tool to confirm that the challenge has been completed. Afterward, you can post the file on Twitter with the hashtag "#PockyKO". These screenshots will then be collated into a jury pool, and the top 11 will be showcased on the big screen at CAPCOM CUP 2019! There's more. To commemorate the partnership, Capcom will not only be holding a Pocky K.O. exhibition match at the tournament itself, but Ezaki Glico USA will also be releasing limited-edition, Street Fighter-themed Pocky boxes that you can snap up via Pocky's online and retail stores starting from December 13th. The boxes include ten packs of Pocky, as well as exclusive box art featuring the popular characters Ryu and Chun-Li.

Honestly, at this rate, we might soon have DLCs for Star Wars games that turn your lightsabers into Pocky sticks. Or something.