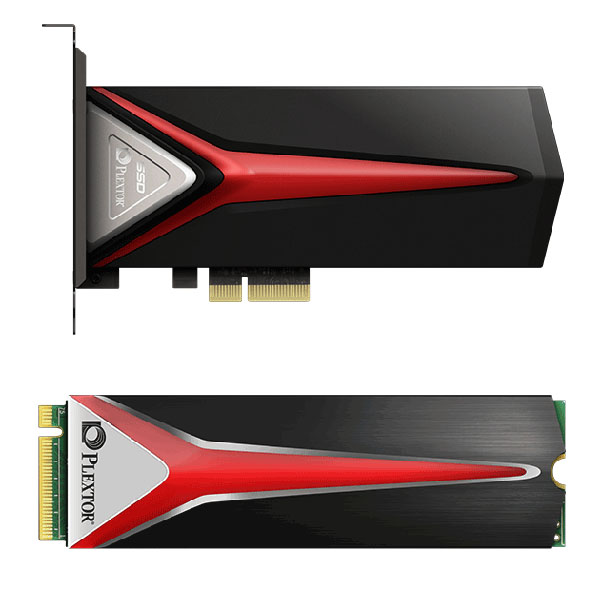 The Plextor M8Pe SSD will be available in three form factors to suit various users.

It will be available as a standard half-height, half-length PCIe add-in card, a standard M.2 drive, or as an M.2 drive but will an added heat shield.

The M8Pe will be powered by the Marvell 88SS1093 controller and will utilize Toshiba's newest 15nm MLC NAND.

It will also support the high bandwidth PCIe 3.0 x4 interface and the new NVMe 1.2 protocol.

Sequential read speeds are expected to be in excess of 2GB/s and write speeds will also exceed 1GB/s.

Random read and write performance are also claimed to be in the region of well beyond 200,000 IOPs.