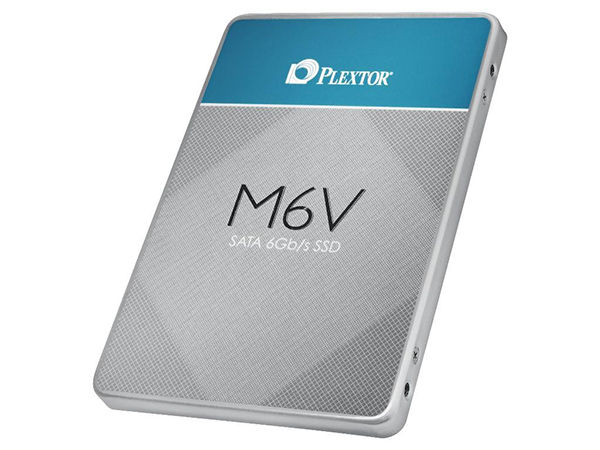 Plextor has just introduced its new M6V SSD. It is an entry-level SSD targeted at mainstream users who are looking for a cost-effective and affordable way to get flash storage performance on their system.

The new M6V is powered by Silicon Motion's SMI-2246 controller and employs the use of Toshiba's latest 15nm Toggle NAND. According to Plextor, claimed sequential read and write speeds are in the region of 535MB/s and 455MB/s respectively. While read speeds are respectable, write speeds are significantly lower than high-end performance SSDs as these drives often achieve in excess of 500MB/s writes. Random read and writes for the M6V are claimed to be around 83,000 and 80,000 IOPS respectively. Again, significantly lower than performance SSDs.

The above quoted performance figures are for 512GB drive, so expect performance for the smaller capacity drives to be lower.

The Plextor M6V also supports Plextor's PlexTurbo caching technology, which can dramatically boost performance in certain instances, by as much as 8 times.

Join HWZ's Telegram channel here and catch all the latest tech news!
Our articles may contain affiliate links. If you buy through these links, we may earn a small commission.
Previous Story
Razer gobbles up Ouya
Next Story
Ultra tough RugGear Apex RG702 coming to Singapore