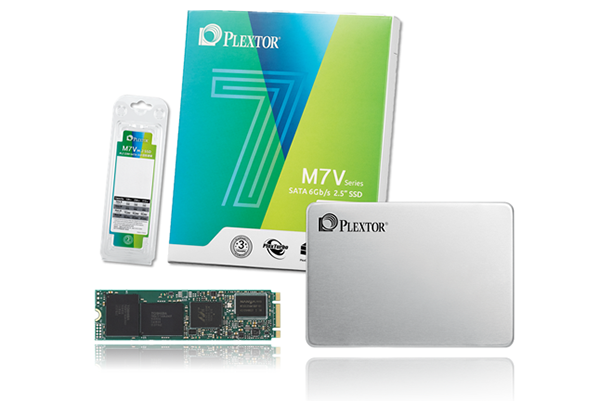 Plextor has just announced a new entry-level SSD called the M7V series. What's also significant about the M7V is that these are the first drives from Plextor to employ the use of TLC NAND.

TLC NAND is generally cheaper to use, but with the low price comes poorer endurance and performance. Plextor, however, wants to change that perception. And to that end, Plextor claims that its new M7V series drives will be better than all other competing TLC NAND drives.

Inside, the M7V is powered by Marvell's new 88SS1074B1 controller and Toshiba's latest 15nm TLC NAND. This new controller was designed specially for use with TLC NAND and along with Plextor's expertise in designing SSD firmware, the results are quite interesting.

In addition, rated endurance is vastly improved. For example, the 256GB variant of the M7V will have a rated lifespan of 160TBW. That's is double of Samsung's new 250GB SSD 750 Evo.