PlayStation VR will launch in October at US$399

*Update (18 March 2016): Sony sent the full specifications list (below) after this piece was published. Check it out! Sony released more details about the PlayStation VR at GDC 2016. According to their keynote, the headset will see an October 2016 launch, at a retail price of US$399 (~S$550).

The headset itself comes with a 5.7-inch OLED display with 360-degree head tracking and 100-degree field of view. It has a Full HD display (1,920 x 1,080 pixels resolution) – 960 x 1,080p for each eye – at a refresh rate of 120Hz. The resolution is a touch lower than the Oculus Rift and HTC Vive’s 2,160 x 1,200 pixels resolution, but their 90Hz refresh rate is nowhere as fast as the PlayStation VR’s. Andrew House, Sony’s head of gaming division, said that the PlayStation VR has a low latency of 18ms – a crucial factor for immersive VR experience between the headset and the gamer. 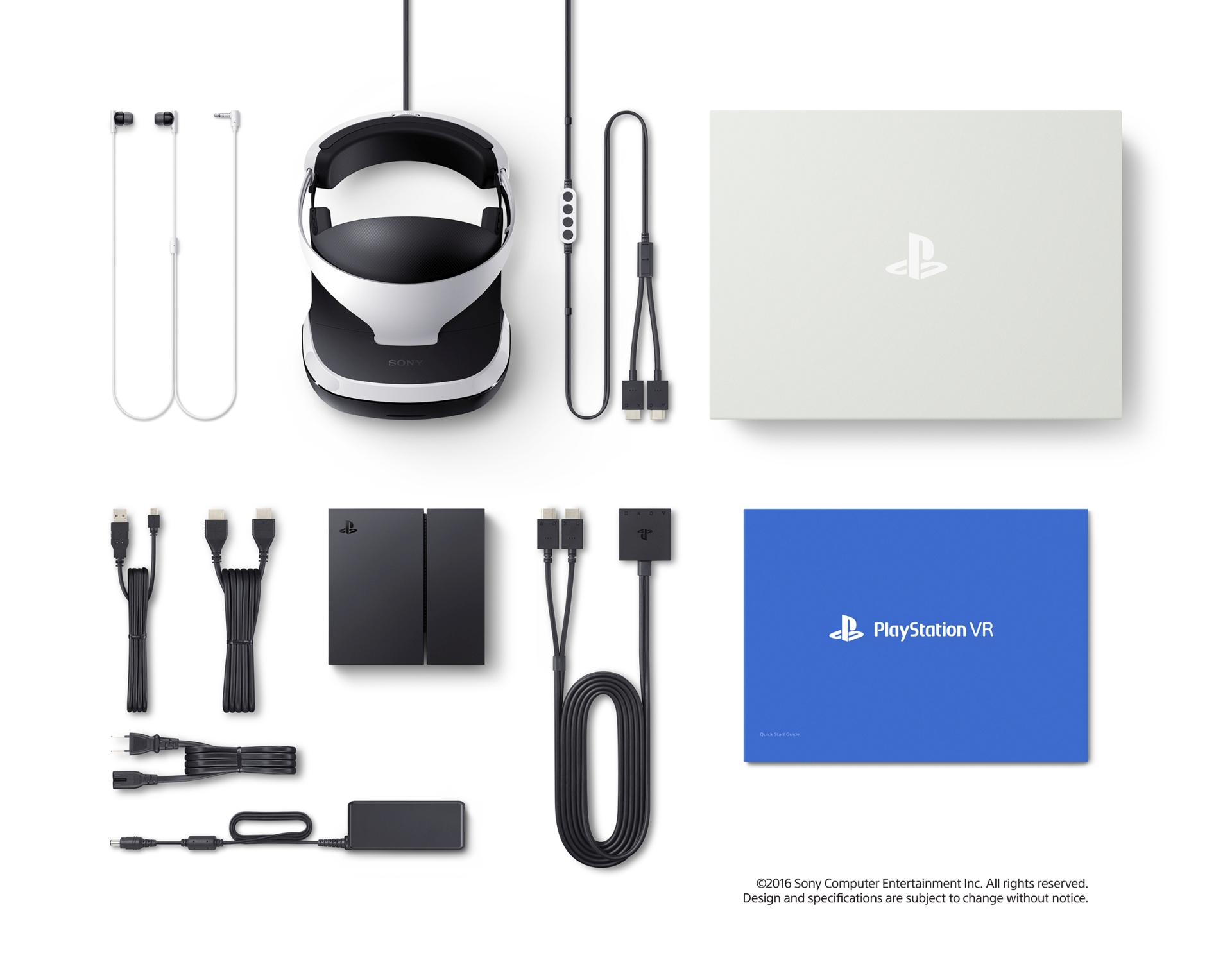 Bundled with the PlayStation VR is a whole host of connectivity accessories. The headset also comes with a separate processing unit for its graphic performance. Users of the Sony headset will still need to drop another S$539 for a PlayStation 4 console.

Approximately 50 compatible games will launch alongside the PlayStation VR, such as Ubisoft’s Eagle Flight and social VR game Werewolf Within. More than 230 developers are also creating content for the headset, according to Andrew House. House also revealed that Star Wars: Battlefront VR Experience will also be an exclusive for PlayStation VR as well.

The PlayStation VR has a moderate launch price when compared to other VR headsets available in the market. For instance, the HTC Vive sits at a wallet-draining US$799, while the Oculus Rift headset goes at a tune of US$599. There’s also the more affordable Samsung Gear VR at S$148, but the Samsung headset is only compatible with a handful of Samsung's thousand-dollar flagship smartphones.

Here’s the list of known specifications of the PlayStation VR: Sony has yet to announce an arrival date of the PlayStation VR for the Singapore market.

Join HWZ's Telegram channel here and catch all the latest tech news!
Our articles may contain affiliate links. If you buy through these links, we may earn a small commission.
Previous Story
Philips launches its first 27-inch quantum dot, IPS LED monitor
Next Story
Audio gets an extra punch with Sony's unveiling at CES 2016