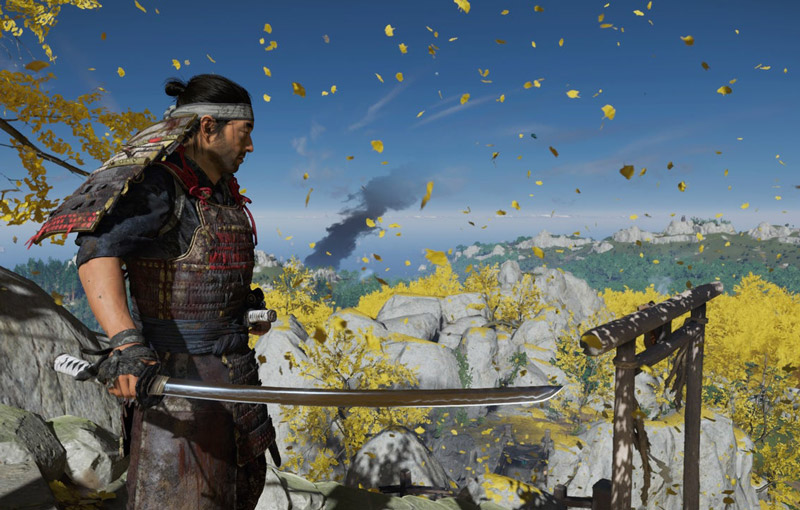 Developer Sucker Punch Productions has announced Ghost of Tsushima Director’s Cut, a new and expanded version of the action-adventure game. The game will launch on 20 August on PlayStation 4 and PlayStation 5 with a host of new-gen upgrades.

The big news here is that earlier rumours of an Iki Island expansion were true after all. The Director’s Cut adds a new area to the game in Iki Island, a neighbouring island of Tsushima that was also invaded by the Mongols centuries ago. This region features new armour for Jin and his horse, new mini-games, new techniques and new enemy types.

Players will get to experience a new story chapter, wherein the samurai Jin Sakai travels to Iki to investigate rumours of a Mongol presence, but instead gets, “caught up in events with deeply personal stakes that will force him to relive some traumatic moments from his past.” We’re not sure just how expansive this new story chapter is, but Sucker Punch has promised more details to come soon.

PlayStation 5 owners get some extra stuff with this Director’s Cut. The game will include adaptive trigger and haptic feedback support for the DualSense controller as well as, “drastically improved load times, 4K resolution options, and frame rates targeting 60 fps.” You can only access Iki Island during Act 2 of the main story campaign, but PlayStation 4 save files can be transferred to the Director’s Cut on all of its platforms. That saves you the trouble of replaying the whole game to experience new content.

It’s worth noting that the PlayStation 5 version will finally offer lip sync for Japanese voice overs, which should be a relief to everyone playing the game in that language.

Join HWZ's Telegram channel here and catch all the latest tech news!
Our articles may contain affiliate links. If you buy through these links, we may earn a small commission.
Previous Story
Hearthstone's United in Stormwind expansion set opens its gates on 3 Aug
Next Story
Logitech's new G335 Wired Gaming Headset emphasises comfort without compromising on quality