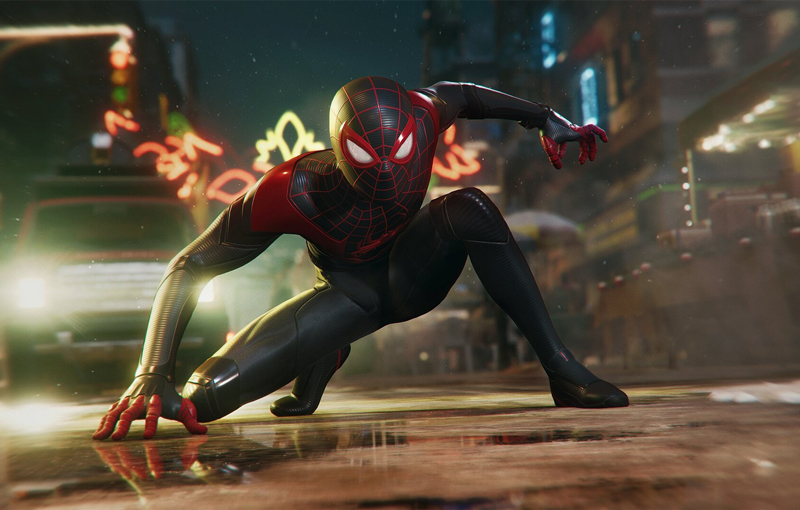 Next-gen gaming is getting pretty expensive.

Sony Interactive Entertainment Singapore has released pricing and release date information for their launch lineup of PlayStation 5 games: Astro’s Playroom, Destruction All Stars, Demon’s Souls, Marvel’s Spider-Man and Sackboy: A Big Adventure. The latter two will also launch on PlayStation 4, however. You’ll notice that Sony’s next-generation games are getting a price hike of around S$10 too, just like NBA 2K21.

We’ll kick off with Insomniac Games’ new superhero game. Spider-Man: Miles Morales spins off from the 2018 game and has Miles in Harlem, trying to stop a war from breaking out between an energy corporation and a criminal army. The game’s Ultimate Edition comes with a remastered version of Marvel’s Spider-Man.

Demon’s Souls is a remake of the FromSoftware classic that spawned an entire genre of videogames. This game’s Digital Deluxe edition comes with useful armour, consumable items and souls to start your journey off on the right foot.

Sackboy: A Big Adventure is a platforming adventure spinning out of the LittleBigPlanet series, featuring Sackboy himself. The Digital Deluxe Edition comes with a digital artbook and soundtrack, as well as several cosmetic items. The Special Edition has all of that, plus a physical Sackboy plush, artbook and four extra emotes.

Destruction All Stars is a game all about intense vehicular combat. The Digital Deluxe edition contains cosmetic items and some in-game currency to get you started.

Looks like you’re going to have to spend a lot more money to play games on the PlayStation 5 at launch. Sony has shown off even more games coming to the console soon, and you can check them out here.

Join HWZ's Telegram channel here and catch all the latest tech news!
Our articles may contain affiliate links. If you buy through these links, we may earn a small commission.
Previous Story
ErgoTune's 2020 ergonomic chairs raises the bar to address work-from-home needs
Next Story
Devialet launched its first-ever true wireless earbuds and it's as decadent as you'd expect