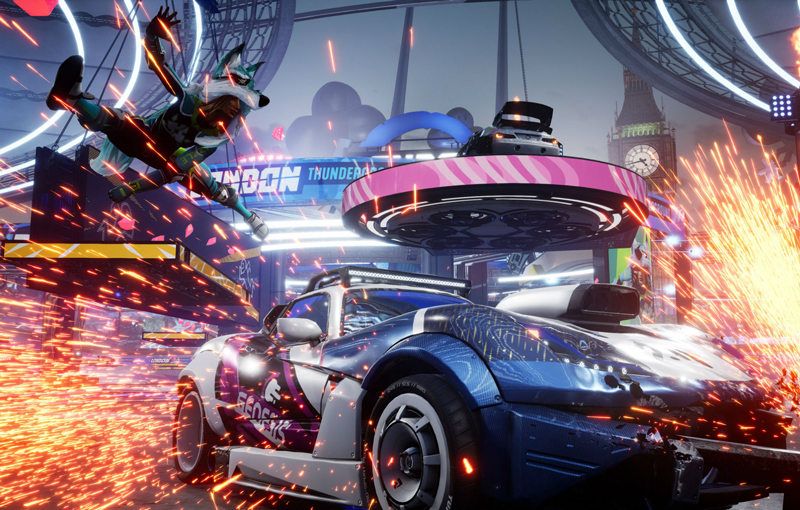 The PlayStation 5 just lost one of its launch titles.

Sony has announced that Destruction AllStars has been delayed until February 2021. Developed by Lucid Games, the game was originally meant to be one of the PlayStation 5’s launch titles in November.

There is a bit of good news here, however. Sony will now offer Destruction AllStars as part of its PlayStation Plus lineup in February 2021, free for all subscribers to claim until April. Anyone who’s already pre-ordered the game will be refunded fully. Fall Guys: Ultimate Knockout similarly made its debut on the console for free on PlayStation Plus.

Destruction AllStars is a chaotic derby-style videogame, pitting players against each other with the mission to destroy as many vehicles as possible. You’ll have to participate in vehicular combat in different multiplayer game modes, for which Sony has promised more details soon.

The PlayStation 5 will launch on November 19 with a launch lineup that’s still pretty impressive, featuring the likes of Spider-Man: Miles Morales, Demon’s Souls and more.

Join HWZ's Telegram channel here and catch all the latest tech news!
Our articles may contain affiliate links. If you buy through these links, we may earn a small commission.
Previous Story
Netflix has revealed five new projects in its upcoming anime lineup
Next Story
Aztech launches updated Smart Station to control all your IR-enabled appliances