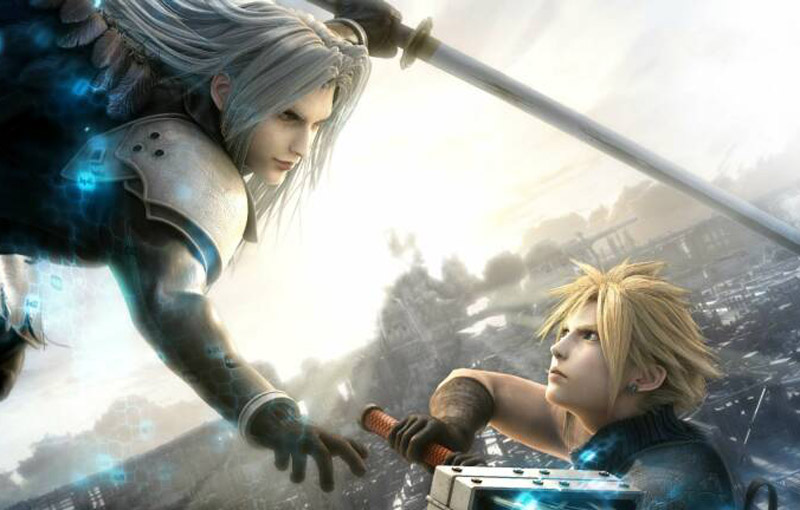 But will it have materia?

As if Final Fantasy 7 Remake: Intergrade wasn’t enough to hype fans up this year, another PlayStation 5-exclusive Final Fantasy game might be in the works too. According to rumours from several reputable leakers, the game is in development at Nioh creators Team Ninja and due to be announced next month.

According to leaker Navtra (who previously predicted Sony’s Future of Gaming show fairly accurately), the mystery Final Fantasy game will be heavily inspired by the Dark Souls franchise - with the caveat that, “it's not exactly what you'd imagine when you hear ‘Souls-like FF’.” The French leaker Souls Hunt chimed in to compare the game to Star Wars Jedi: Fallen Order - another game that pulled inspiration from the Souls franchise.

With that in mind, it makes a lot of sense that the game is in development at Team Ninja. The studio has put out two Souls-likes already with Nioh and Nioh 2, both of which have been praised by critics and fans alike for getting creative with FromSoftware’s infamous design template. Souls Hunt reports that the Final Fantasy Souls-like will be announced during E3 next month, with a playable demo coming later in the summer to gather feedback. Team Ninja did the same for Nioh and Nioh 2 pre-release.

The new Final Fantasy game will be exclusive to the PlayStation 5, according to Souls Hunt, but they assume that this is part of a timed exclusivity deal. It would make sense - both Final Fantasy 16 and Final Fantasy 7 Remake were announced as PlayStation console-exclusive games too. Both leakers claim the mystery title will be revealed next month, which lines up perfectly with E3. Sony isn’t participating at the online games showcase, but Square Enix might consider it a perfect venue to trot out their big new game.

It should be noted that Navtra described this game as less of a bombastic Final Fantasy 7 Remake-like showstopper and more Nier: Automata-like in scale. This will probably be a smaller release slotted in between 7 Remake’s sequel and 16, so keep your expectations in check. And as always, do take these rumours with a grain of salt.

Join HWZ's Telegram channel here and catch all the latest tech news!
Our articles may contain affiliate links. If you buy through these links, we may earn a small commission.
Previous Story
Apple may be exploring self-driving taxi service or car platform
Next Story
The latest trailer for Hot Wheels Unleashed sets the bar high for a long-dormant franchise