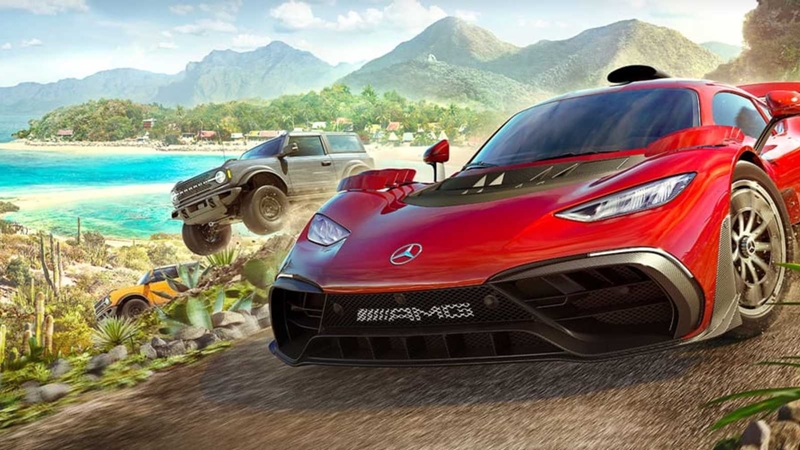 If you thought that Forza Horizon 5's gorgeous open-world environment was the only thing wide and diverse about it, then you've definitely got another guess coming. Apparently, developer Playground Games has just shared that their upcoming title, which is scheduled for release on 9 Nov will feature a whopping 426 different cars at launch. And yes, we do mean 426 discrete models, not five cars that come in 80-odd colours each.

Heck, that's not even the final tally - it's merely the number that Playground has chosen to share with us right now, which means there's a chance more will be added to the roster before the game actually releases. Currently, the studio has already revealed several models that players can expect to take for a spin, including the 1991 Jaguar Sport XJR-15, the 2020 Porsche Taycan Turbo S electric car, and of course the game's cover boys themselves, the Mercedes-AMG ONE, and the 2021 Ford Bronco Badlands. At this point, it's also worth drawing your attention not just to the number of vehicles that we can expect to see, but the different types that are available as well.

Take the latter two, for example - the sleek Mercedes-AMG ONE is bound to deliver a wholly different driving experience from the sturdy Ford Bronco Badlands, adding yet another dimension of variety that we'll be able to enjoy. Of course, this also means that there's yet another avenue for Playground to expand on if they feel like doing so down the line, though for the time being a showroom of over 400 cars should be more than enough to keep us busy. Speaking of which, why not have a look at the full list yourself?

Join HWZ's Telegram channel here and catch all the latest tech news!
Our articles may contain affiliate links. If you buy through these links, we may earn a small commission.
Previous Story
Leica's newest version of the Q2 celebrates the upcoming Bond movie No Time To Die
Next Story
Some Indian news channels allegedly used Arma 3 game footage to claim Pakistan bombed Afghanistan