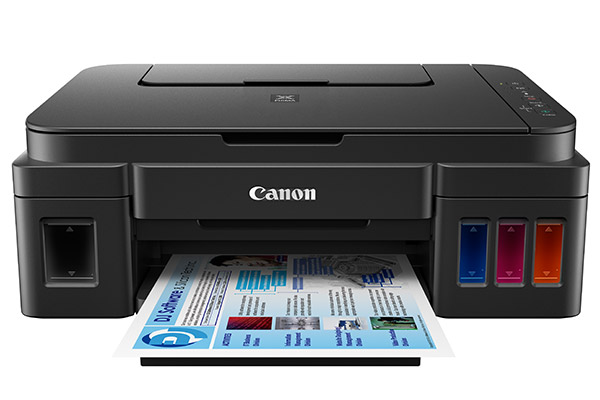 With today’s launch of the Pixma Ink Efficient G series printers, Canon has become the latest printer maker to offer inkjet printers with refillable ink tanks. For a start, the new G series consists of three models: the G1000, G2000, and G3000.

For example, the black ink bottle (GI-790BK) is able to print up to 6,000 pages in black, and the combined cyan, magenta, and yellow ink bottles (GI-790C/M/Y) 7,000 pages in color. With each bottle priced at S$12.90, you’re looking at a cost of about S$0.002 per page for black, and S$0.005 per page for color. The ink bottles also use screw-down caps to prevent ink leakages, while ensuring easy ink flow during refilling. 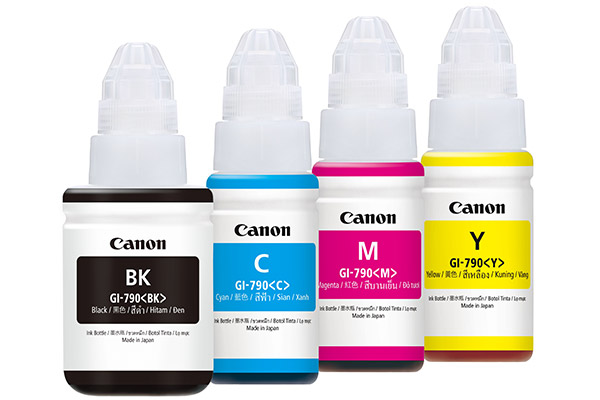 Another thing that sets the Canon G series printers apart from Epson’s models is that their ink tanks are integrated within the printer body, thus reducing the space needed to accommodate the printer. And with a see-through design, users can easily monitor their ink levels on the front panel without needing to open up the printer. 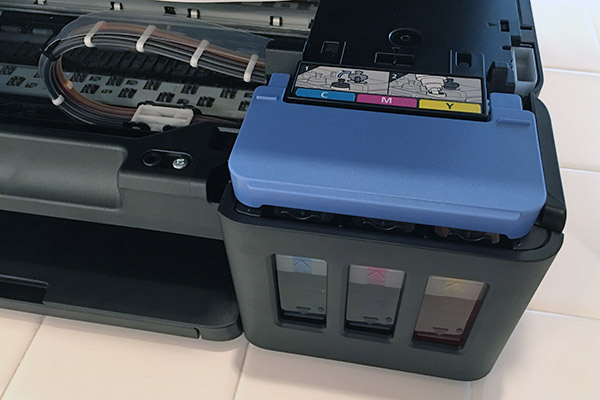 Otherwise, the G series printers feature Canon’s hybrid ink system, which combines both pigment black ink and dye color inks. The versatile print engine generates 4R borderless photos in just 60 seconds, and is also capable of printing A4-size photos. Between the three models, the G1000 is a single-function printer; the G2000 adds scan and copy functions; and the G3000 having additional wireless connectivity and mobile and cloud printing features. For instance, the G3000 works with the new Canon Print Inkjet/Selphy app (available on iOS and Android, and which replaces the old Pixma Printing Solutions), allowing users to print, scan, and access files on the printer via their mobile device. Users can also share their files to cloud-based applications such as Facebook, Dropbox, and Google Drive via the Pixma Cloud Link app. 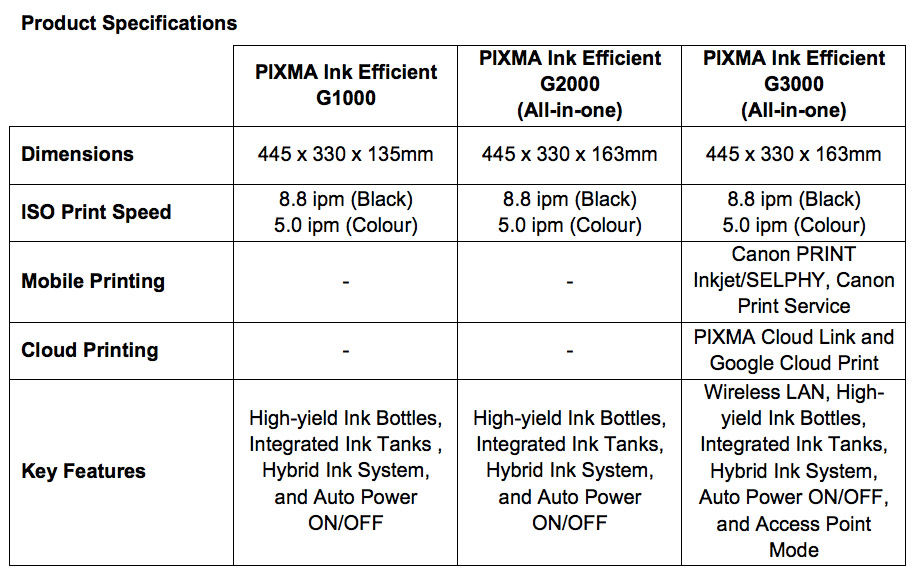 Join HWZ's Telegram channel here and catch all the latest tech news!
Our articles may contain affiliate links. If you buy through these links, we may earn a small commission.
Previous Story
ASUS' brand new Transformer Book T100HA and Transformer Book Flip TP200 are in stores now
Next Story
Acronis Access Advanced gets updated with new security and collaborative features