Pirate Sites Give Netflix Insight on What Shows to Buy

Pirate Sites Give Netflix Insight on What Shows to Buy 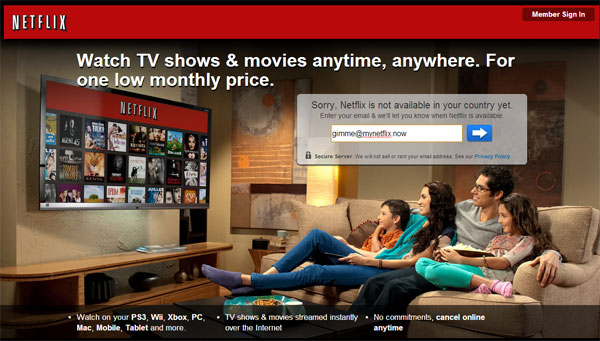 According to Torrentfreak, Netflix launched in the Netherlands recently, and Netflix vice president of content acquisition, Kelly Merryman admitted during its launch that local content on the streaming service were partly determined by what shows are popular with local pirates.

In a separate interview, Netflix chief executive officer, Reed Hastings said that piracy makes Netflix much more attractive to users, because the streaming service is easier to use than torrenting.

To back his point, Hastings also claimed that (torrent traffic) piracy has dropped by 50% since Netflix went into Canada three years ago. The only problem that Hastings has now is the procurement of content to cater for Netflix's users.

Game of Thrones (HBO) is still unavailable on Netflix, which could be a large contributing factor to its "most pirated TV-show" status.

Unfortunately, for Singaporeans, Netflix isn't available here officially due to a myriad of reasons. If you'd like to give Netflix a try, you'll have to jump through a few hoops in order to do so (searching for it will yield several results).

Source: Torrentfreak, via The Verge