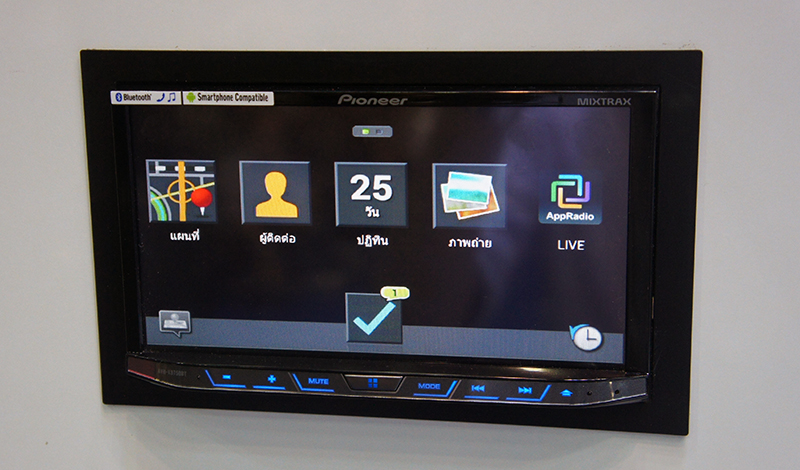 At Bangkok Motor Show 2015, we were given two pieces of good news from Pioneer. First of all, Pioneer has confirmed that Apple CarPlay is now officially supported in Singapore. Secondly, in conjunction with this, Pioneer has also launched a new flagship in-car multimedia receiver called the AVH-X8750BT.

The latest AVH-X8750BT multimedia receiver is an incremental update over last year’s AVH-X8650BT. Physically, they look similar, but the AVH-X8750BT now has a clear-type resistive touchscreen display that offers brighter colors and improved touch sensitivity. Resolution, however, remains the same at 800 x 480 pixels.

And like its predecessor, it offers AppRadio technology, allowing users to connect their smartphones to the receiver, allowing the latter latter to harness the power and connectivity of your smartphone to power apps such as navigation, web browsing and music and video playback. 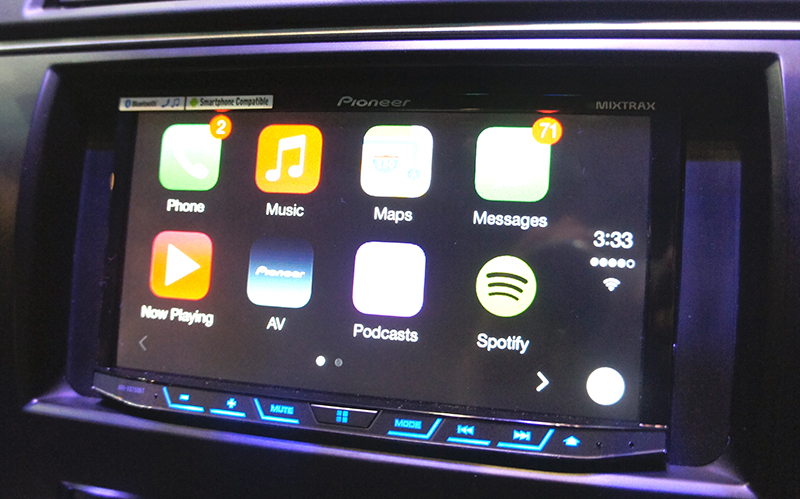 However, if you have an iOS or Android smartphone, you will be happy to know that the AVH-X8750BT multimedia receiver will support both Apple CarPlay and Android Auto. However, take note that the latter is available only in supported regions such as Australia - Android Auto is not supported in Singapore yet. That said, it should only be a matter of time before Android Auto comes to our shores and when it does, the owners of the AVH-X8750BT multimedia receiver should be able to enable it via a simple firmware update.

Apple CarPlay and Android Auto aside, another new feature of the AVH-X8750BT multimedia receiver is that it now accepts dual camera inputs for both front and rear installed cameras - the AVH-X8650BT only had support for a single camera input. This means that it can show video feeds from two camera sources, which should be a boon for drivers who have difficulty with parallel parking.

The AVH-X8750BT also has all of the high-end features that were found in the older AVH-X8650BT, including support for high-resolution FLAC audio (up to 24-bit/192kHz), and also support for popular video codecs including H.264, DivX, Xvid and more.

The AVH-X8750BT multimedia receiver is available locally now and will be priced at S$1099.

Join HWZ's Telegram channel here and catch all the latest tech news!
Our articles may contain affiliate links. If you buy through these links, we may earn a small commission.
Previous Story
Microsoft drops Windows 10 Technical Preview Build 10041
Next Story
LG reveals prices of its 2015 4K TVs