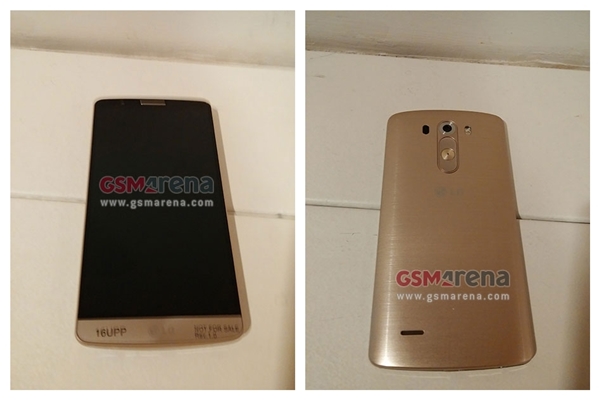 LG's launch event for the G3 is just 18 days away, but that hasn't stopped the leaks and spy shots from surfacing on the Internet.

According to the latest information obtained by GSMArena, the imaging capabilities are going to be a big part of the LG G3. It is expected to sport the same camera module (a 13-megapixel rear camera with optical image stabilization plus) as the G Pro 2.

An inside source told GSMArena that the G3 will have a laser beam on the left side of the rear camera to help take better images in low light conditions. It was initially thought to be a second LED flash or an IR blaster. The front-facing camera is said to have some nifty features such as voice commands and the ability to take selfies by clapping the hands or twisting the fingers.

Spy shots of the G3 also revealed ultra slim bezels surrounding the 5.5-inch QHD (2,560 x 1,440 pixels) display, which is hardly a surprise since the G2 already has an insanely thin 2.65mm bezel. LG seems to have refined the rear button setup on the G3 and made it look more premium.

Other alleged specs of the G3 include a Qualcomm Snapdragon 801 quad-core processor, 3GB RAM, a cleaner and flattened Optimus UI, 32GB internal storage capacity with microSD expansion, a 3000mAh battery and IPX7 water resistance rating. The phone will come in three colors: black, white and gold.

We will be attending the local launch event on 28 May, so keep your eyes peeled to HardwareZone for more information on the LG G3.