Portable speakers seem to be in vogue. Panasonic and Sony have already released their own models in this category at CES 2013. Philips has also introduced four new competitors of their own in the form of the SoundShooter Series. Seeing that their Shoqbox series was quite adroit at balancing performance with portability, it should be highly interesting to see how the new products fare.

The design for the Philips SoundShooter Wireless Portable Speaker SBT30 is interesting to say the least. With the attached carabiner, the speakers look a little like a hand grenade. As is standard for portable speakers, you can pair the SBT30 with a player via Bluetooth. A built-in, rechargeable battery is capable of powering operations for up to 8 hours. Thanks to an on-board microphone this SoundShooter model can also serve as a speakerphone. USB charging and 3.5mm ports are provided. It is important to note that the USB port is capable of charging your plugged in smart device. The Philips SoundShooter SBT30 is retailing for S$69. 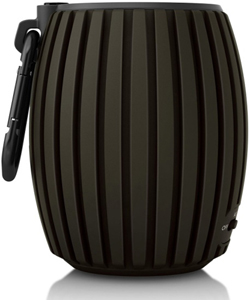 The USP for the SBA3210 is the fact that the unit comprises of two, discrete speakers which can deliver stereo sound. Those who would wish for a wider soundstage from their portable speakers should give the SBA3210 a shot. Like the SBT30, the SBA3210 has a built-in rechargeable battery which can power operations for up to eight hours of music playback. USB charging and a 3.5mm port. are also available The Philips Twin Portable Speakers SBA3210 has a price of S$59. 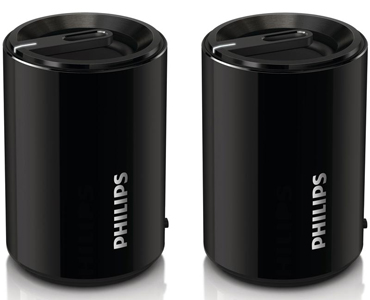 The final models from the SoundShooter series are the SBA3110 and the SBA3011. Both models feature a built-in retractable cable increasing their portability and usability on the go. As you should have expected by now, the models come with USB charging, 3.5mm port and a built-in battery capable of providing eight hours of music playback. The SBA3110 is priced at S$43.90 while the SBA3011 will cost you S$33.90. 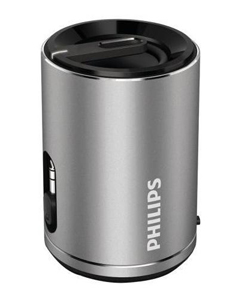 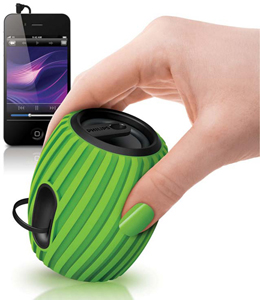