The Philips Momentum is a 43-inch HDR gaming monitor with a 1,000 nits peak brightness

The Philips Momentum is a 43-inch HDR gaming monitor with a 1,000 nits peak brightness 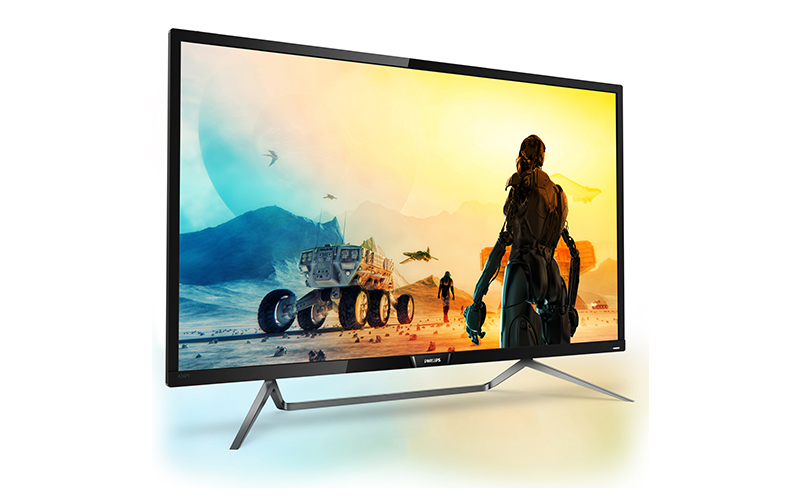 Philips has beat everyone to be the first to roll out a desktop monitor that meets the DisplayHDR 1000 certification, the highest and most stringent of VESA’s new standard.

The Philips Momentum 436M6VBPAB is a 43-inch gaming monitor with a crisp 3,840 x 2,160-pixel resolution and a peak brightness level of 1,000 nits, setting it apart from almost every other HDR monitor announced to date.

The maximum brightness level plays a big part in delivering on the promise of HDR, so a display that can hit 1,000 nits should technically look better than one that is capable of just 400 nits.

The Momemtum features an MVA panel with a 4,000:1 typical contrast ratio and 50,000,000:1 dynamic contrast ratio. That said, the screen won’t always be running at that searing 1,000 nits of peak luminance, and the typical brightness level is listed at 720 nits.

Still, that’s brighter than the vast majority of PC monitors out there, so it still has quite a handy advantage in this area.

In addition, the display uses local dimming for better black levels and contrast. It is also claiming support for a 10-bit color depth, although it’s not actually true 10-bit color as it’s achieved via 8-bit + FRC.

The screen has a refresh rate of 60Hz, which will probably disappoint gamers looking for a butter-smooth 144Hz screen. However, Philips is also pushing the monitor’s low input lag and 4ms gray-to-gray response time.

On the audio front, the Philips monitor comes with a pair of built-in 7W speakers that provide DTS sound. There are plenty of connectivity options as well, including HDMI 2.0, DisplayPort 1.2, mini DisplayPort, USB-C (which supports DisplayPort), and a pair of USB 3.0 ports.

One interesting, if slightly gimmicky, feature is what Philip calls Ambiglow. This amounts to a halo of light outside the screen, where the colors from the onscreen image bleed out onto the desktop and the area behind the screen. This supposedly creates the illusion of a larger screen, and users can manually tweak it to suit their preferences as well.

The Philips Momemtum will retail at US$999 when it arrives later this year.

Previous Story
Samsung announces new 970 Pro and 970 Evo PCIe NVMe SSDs (Updated with local pricing!)
Next Story
NVIDIA has developed an AI that can fix photos by filling in the blanks