Anyone who has been following us recently will know how impressed we were with the Philips Fidelio DS9/10 Docking Speaker. Now, four more products have been added to Philips' Fidelio lineup, and they feature Bluetooth wireless streaming features along with a dock for the micro-USB port found on most Android Devices. More importantly, the new products are compatible with Android smartphones, and they also feature a new FlexiDock feature as well. The ability of the FlexiDock to be adjusted enables you to dock your Android device regardless of  where the device's micro-USB port is located. 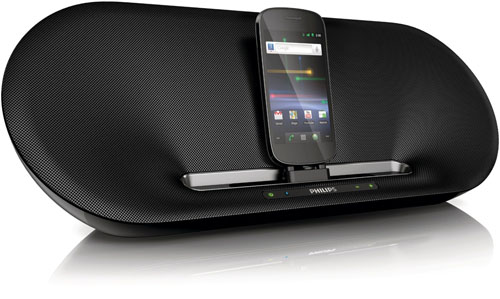 Priced at $349 the Philips Fidelio Docking Speaker AS851is the most expensive of the new additions. A simple elegant design, in the same mold as Philips' older audio products, along with Digital Sound Processing technology make this dock an enticing prospect. 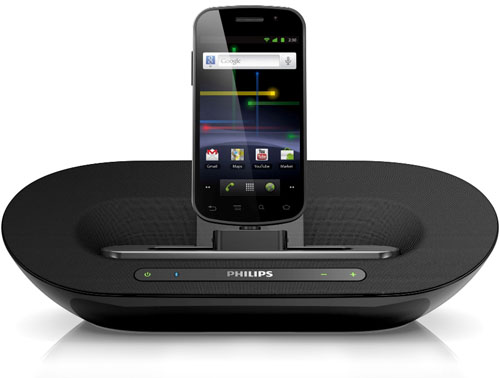 The Philips Fidelio AS351Docking Speaker is equipped with shielding to block out mobile interference as well as an on board battery which makes it convenient and portable. This particular dock is aimed at increasing the functionality of a smartphone's audio capabilities for tasks such as gaming and streaming of content. The AS531 will cost you $249. 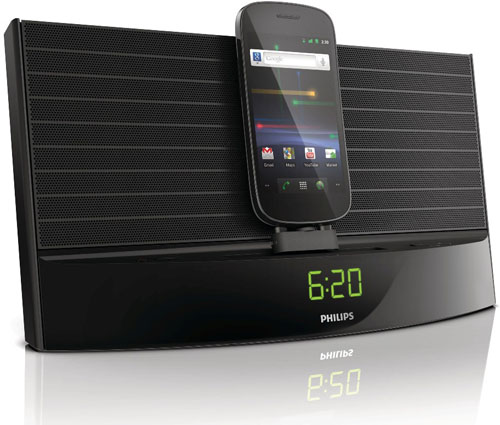 Rounding up the new products are the AS141 and AS111 (shown below). Intended for your bedside table, both devices feature alarm clock functionality. The AS141 has bass reflex ports to provide extra oomph while the AS111 offers a more compact form factor. The devices cost $219 for the former and $199 for the latter. 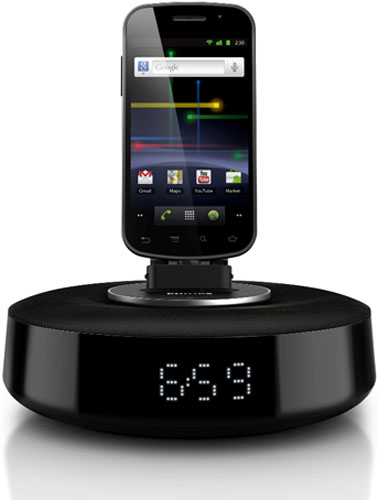 In addition to the hardware that the new devices bring, all of them also support the Fidelio app which can be downloaded for free from the Android Marketplace. Access to Songbird, a service which helps sync music between PCs and Android devices, is also available.

The new Fidelio Docking Speakers should be well received by Android users. People with iPhones and iPads have a wide variety of docking stations to choose from, and it is nice that the same courtesy is being extended to those who own Android devices.

The new Philips Fidelio Docking Speakers will be available in the market at the end of February 2012.

Join HWZ's Telegram channel here and catch all the latest tech news!
Our articles may contain affiliate links. If you buy through these links, we may earn a small commission.
Previous Story
Next iPhone Said to Be Ready for Production, Possible Summer Launch
Next Story
Windows 8 - Built for Connectivity