Peter Parker is getting a major change with the PlayStation 5.

Insomniac Games recently showed off new details on Marvel’s Spider-Man Remastered, a new version of the 2018 game for the PlayStation 5. The game will be bundled together with Marvel’s Spider-Man: Miles Morales, featuring upgraded visuals, 60fps gameplay, new Spider-Man suits and ray tracing.

You can watch some 4K 60fps gameplay running on PlayStation 5 below:

One of these upgrades has been rather shocking to fans of the original game, however. The facial model for Peter Parker has been replaced in Marvel’s Spider-Man Remastered, making Spidey look very different. In a blog post, Insomniac Games explained that the change was necessary, “in order to bring the best performances to players with our next-generation.”

You can watch a clip from the game with ‘new’ Peter Parker below:

The move has been rather controversial online, especially since Peter’s new face model somewhat resembles the Marvel Cinematic Universe’s Tom Holland. The developer’s creative director Bryan Intihar tweeted about the change, explaining why it happened in more detail:

Today’s news about the new Peter Parker face model has surprised some of you, and we at Insomniac totally understand your reaction. Heck, it even took me awhile to get used to Peter’s new look. But as we discussed the franchise’s future and moving to the PS5, it quickly became apparent that delivering even more believable-looking characters made finding a better facial match for actor Yuri Lowenthal — who we all love as Peter — a necessity. 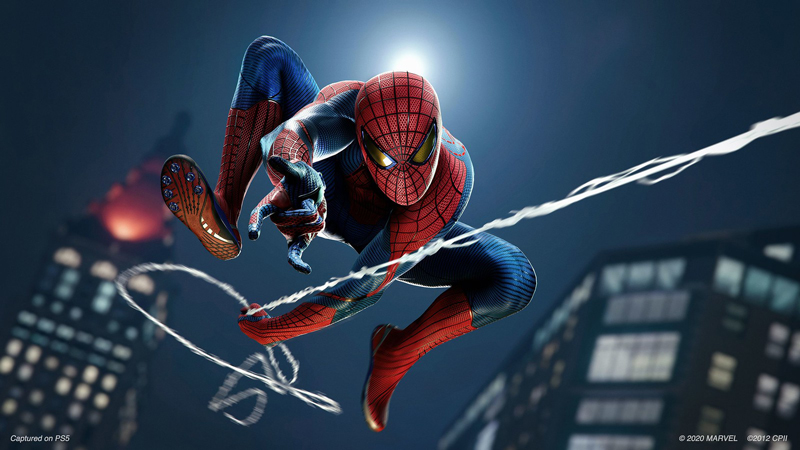 Insomniac also confirmed that Andrew Garfield’s suit from The Amazing Spider-Man (2012) would be added to the game, alongside a couple more that haven’t been revealed yet. Marvel’s Spider-Man: Remastered will be available on November 19, 2020 when the PlayStation 5 launches in Singapore, and a week earlier in select territories.

Join HWZ's Telegram channel here and catch all the latest tech news!
Our articles may contain affiliate links. If you buy through these links, we may earn a small commission.
Previous Story
Activision has revealed Call of Duty: Black Ops Cold War's rebooted Zombies mode
Next Story
Panasonic introduces the rugged military-grade Toughbook A3 tablet built for extreme conditions