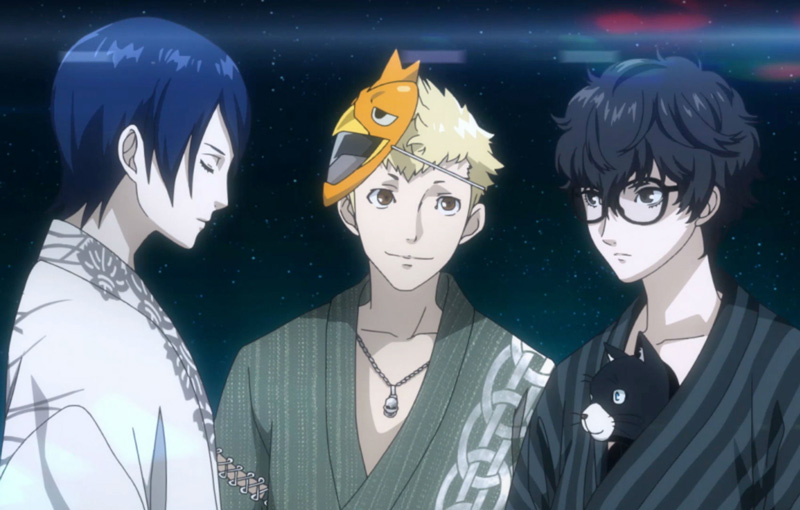 According to a trailer that game publisher Atlus prematurely uploaded to YouTube, Persona 5 Scramble: Phantom Strikers will hit the West in February 2021. The trailer was quickly removed, with Atlus later teasing an impending announcement on December 8, 2020. Whoops!

Our communications have been intercepted by the Phantom Thieves.

This spinoff/sequel to Persona 5 is a musou-style game planned for release on Nintendo Switch, PlayStation 4 and PC. Those who have been waiting for an English dub of the game can look forward to its new Western release date: February 23, 2020. You can watch a preserved version of the trailer below:

The English version of the game is titled Persona 5 Strikers, and its story picks up six months after the events of Persona 5. Joker will once again have to dive into battle (this time with real-time combat) with a team of three companions, after returning to Tokyo for summer vacation. The gang’s getting back together - but it doesn’t take long for their reunion to go awry.

You can check out the game’s teaser website here.

Join HWZ's Telegram channel here and catch all the latest tech news!
Our articles may contain affiliate links. If you buy through these links, we may earn a small commission.
Previous Story
Apple announces the AirPods Max for S$849, available from 15 Dec
Next Story
Never settle for second with LG’s UltraGear 27GN950 Gaming Monitor