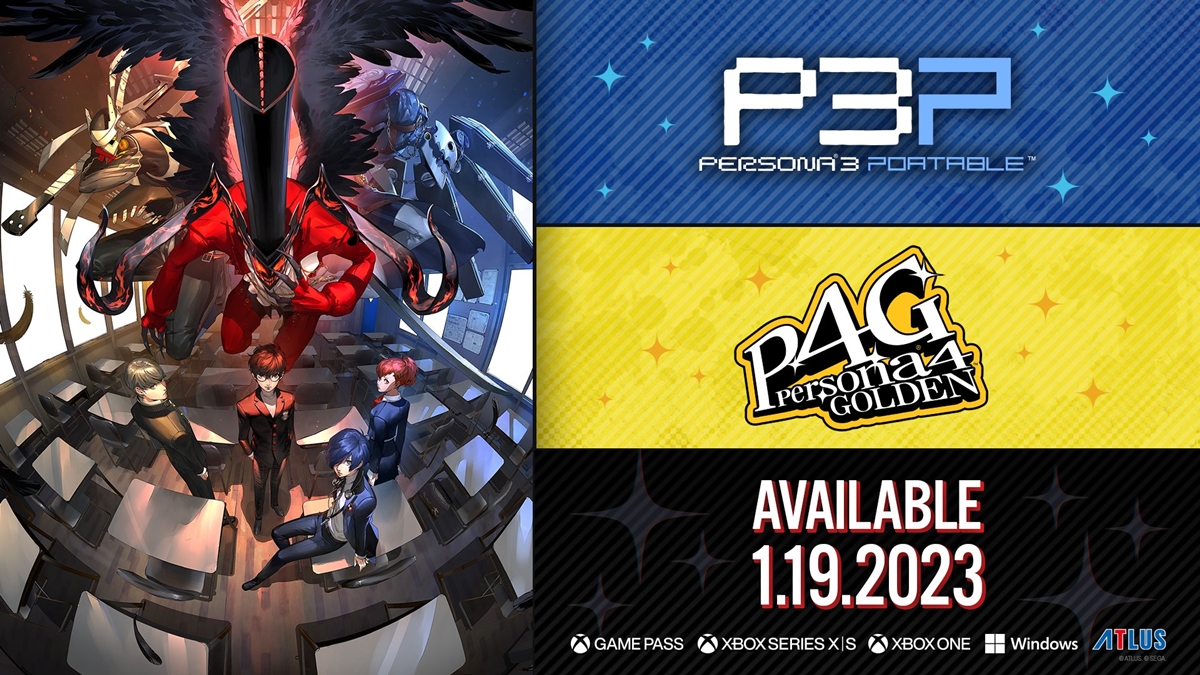 With Persona 5 Royal arriving on PC on 21 Oct, it's no surprise that franchise fans are going nuts in anticipation of "the big day". Yet, Atlus clearly isn't satisfied with doling out a mere one-hit combo (frankly, who would be?), and has thus announced that the PC port for Persona 3 Portable will be dropping on 19 Jan.

Specifically, the much-loved PSP title will be hitting Steam as well as the Xbox Game Pass on the aforementioned date, so make sure you've got it jotted down somewhere. Coincidentally, despite having received a PC port of its own back in 2020, Persona 4 Golden is also headed to the XGP that same day.

So, for all intents and purposes, all we can say is that it's going to be a very busy January for Persona fans.

Not that you'll hear any of them complaining, mind you. The Persona titles are generally excellent stuff, so if you haven't tried one out before, this is a great time to get started.

In fact, one of the best things about the Persona franchise is that you don't need to play the games in order, though of course, it also goes without saying you'll have a much better understanding of the characters and context if you do.

Regardless, Persona 5 Royal makes for a decent starting point if you're looking for one, and if you do end up enjoying it, then perhaps you can consider picking Persona 3 Portable and Persona 4 Golden down the line too.

Join HWZ's Telegram channel here and catch all the latest tech news!
Our articles may contain affiliate links. If you buy through these links, we may earn a small commission.
Previous Story
MediaTek's Dimensity 1080 chip comes with 200MP camera support
Next Story
LG sounds off SG launch of its 2022 Tone Free series true wireless earbuds