Perlmutter supercomputer built with more than 6,000 NVIDIA A100 GPUs

Perlmutter supercomputer built with more than 6,000 NVIDIA A100 GPUs 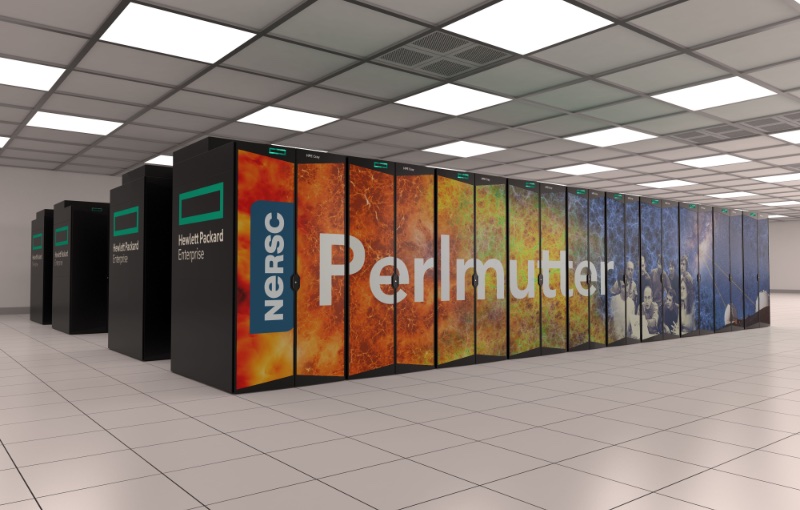 NVIDIA and the National Energy Research Scientific Computing Center (NERSC) in the United States have brought online what they are calling “the world’s fastest supercomputer”.

Built by HPE Cray, the system is being delivered in two phases and will include 6,144 A100 Tensor Core GPUs and will be tasked with tasks like stitching together the largest 3D map of the universe.

Phase 2, set to arrive later this year, will add 3,072 CPU-only nodes, each with two AMD Milan processors and 512 GB of memory per node.

The A100, NVIDIA’s first chip based on its NVIDIA Ampere architecture, is a 7-nanometer GPU processor with more than 54 billion transistors.

Perlmutter is said to be three to four times faster than NERSC’s current supercomputer Cori.

No costs were revealed during the launch, but as a point of comparison, Singapore’s new supercomputer also built by HPE Cray and using AMD processors came as part of a S$200 million government grant. And the speed for that is only in the petaflops, not exaflops.

Join HWZ's Telegram channel here and catch all the latest tech news!
Our articles may contain affiliate links. If you buy through these links, we may earn a small commission.
Previous Story
Oppo's latest software update lets users 'download more RAM' for its mid-range smartphones
Next Story
ASUS' family of ZenBooks get bigger with new Duo models, ZenBook 13 OLED, and ZenBook Flip 15 (Updated)