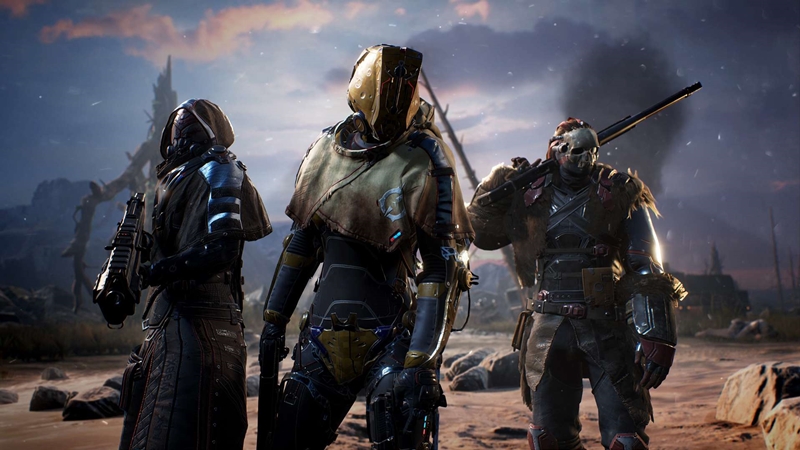 Man, it's a tough time to be an Outriders player.

From unexplained mid-game server disconnects, to ultra-long login authentication and even disappearing inventories, the much-hyped looter shooter has obviously seen better days. Even if it did just launch a couple of days ago.

Well, at least People Can Fly are being transparent about the whole mess, and according to a recent developer post on Reddit, they'll be giving out "Community Appreciation" packages to all players who logged in (or rather, managed to do so) during the game's launch window. Specifically, if you booted up the game between 31 Mar and 11 Apr, you'll be eligible to receive the handout.

The package actually contains a pretty interesting set of items, including a package-exclusive "Frustration" emote, a Legendary weapon and a batch of Titanium, the latter two of which are based on your highest-levelled character. Accordingly, only that particular character in your account will be able to redeem the package, and the items won't be transferable. Additionally, since the giveaway amount is based on your level, it's obvious that higher-levelled players will stand to benefit the most from this freebie.

The only thing we don't know about the appreciation package right now is the exact giveaway period, although we can expect the developer to announce that within the next week or so. People Can Fly have mentioned that players weren't the only ones annoyed by the game's current plethora of bugs and glitches - the team was similarly miffed, and to their credit, they've been doing a great job keeping the community updated on the various bug fixes so far.

Join HWZ's Telegram channel here and catch all the latest tech news!
Our articles may contain affiliate links. If you buy through these links, we may earn a small commission.
Previous Story
Netflix's trailer for Jupiter's Legacy has a dysfunctional family of superheroes
Next Story
Singpass app is finally ready and available in Huawei's AppGallery