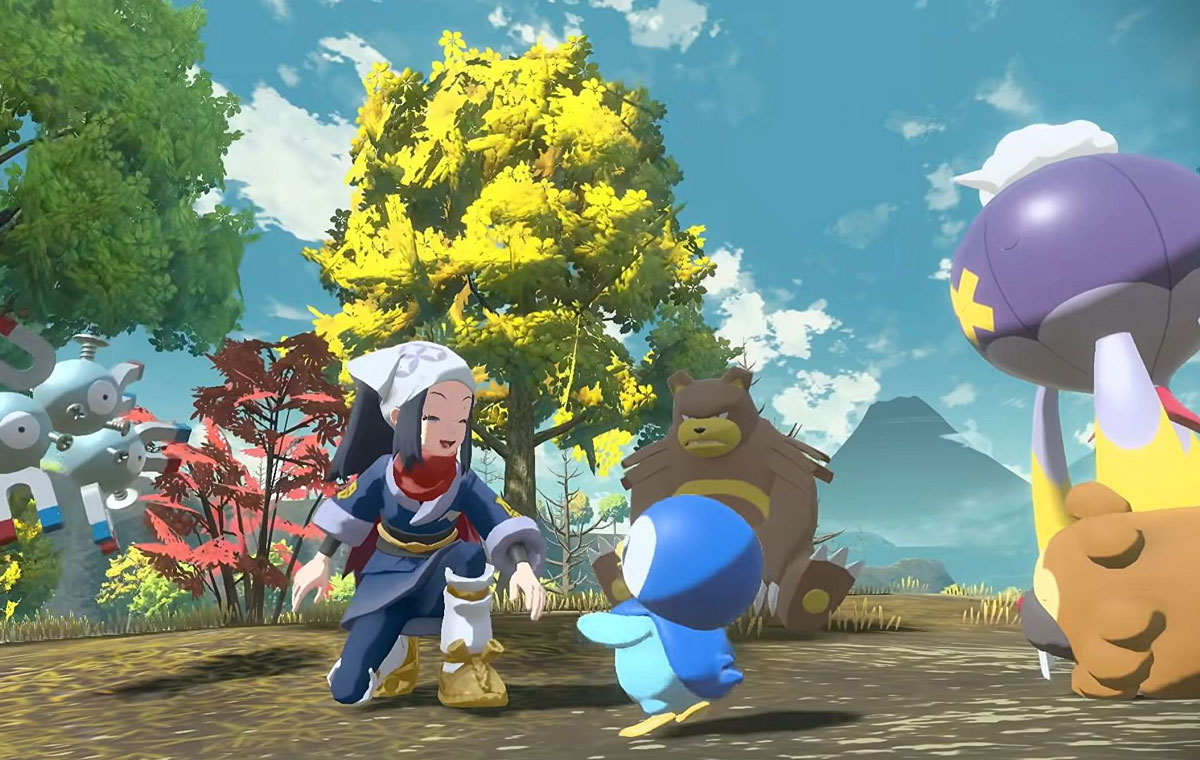 All the better to Machoke you with.

Pokemon Legends: Arceus has leaked online ahead of its release date, and one of its new gameplay additions is leaving fans in a tizzy: giant Pokemon. According to excited social media posts, the game introduces alpha Pokemon - taller versions of existing Pokemon that tower over the player. Naturally, fans want these monsters to step on them.

After all the Lady Dimitrescu business in 2021, are we really surprised by this turn of events? Of course people want the giant scary Pokemon to step on them. As players wander around the ancient Hisui region in Pokemon Legends: Arceus, they’ll run into these alpha Pokemon - who will chase them down on sight. Here’s how the game’s official website describes these Pokemon variants:

During your expeditions, you’ll sometimes run into alphas: Pokémon that are larger than normal and have glowing red eyes. Alphas will chase you down and attack you when they notice you. They’re tough opponents, but they’ll become great allies if you manage to catch them. They may even drop rare items if you defeat them in battle.

While Pokemon appearing in the open world vary in size, alpha Pokemon will always be the biggest creatures a player could possibly encounter in this game. So yes, this means you could meet an especially tall Gardevoir and Machamp - or you could meet an unfathomably giant Magikarp flopping about instead. The possibilities are endless, and the Lady Dimitrescu comparisons have only just begun:

this is gonna be this year's Lady Dimitrescu situation isn't it pic.twitter.com/BEsmcLVuPQ

But wait, it gets worse:

The pokemon sizes in this game are downright menacing... pic.twitter.com/2DgQRHed6D

Friendly reminder that in this game, Pokemon can directly attack players instead of battling their party - which means there’s a real chance that this Bidoof could absolutely annihilate you:

Big Pokemon are not new to the franchise, but seeing them portrayed to scale this way feels refreshing. Wailords are supposed to be absolutely massive too, so we shudder to think of what an alpha Wailord might look like in-game. Pokemon Legends: Arceus launches on the Nintendo Switch on 28 January, 2022.

Join HWZ's Telegram channel here and catch all the latest tech news!
Our articles may contain affiliate links. If you buy through these links, we may earn a small commission.
Previous Story
India plans to develop own OS to compete with iOS and Android
Next Story
M1 partners Blacknut, adding 5G cloud gaming to its services