PCIe 5.0 specifications have been officially announced, bringing its peak bandwidth to 128GB/s

PCIe 5.0 specifications have been officially announced, bringing its peak bandwidth to 128GB/s 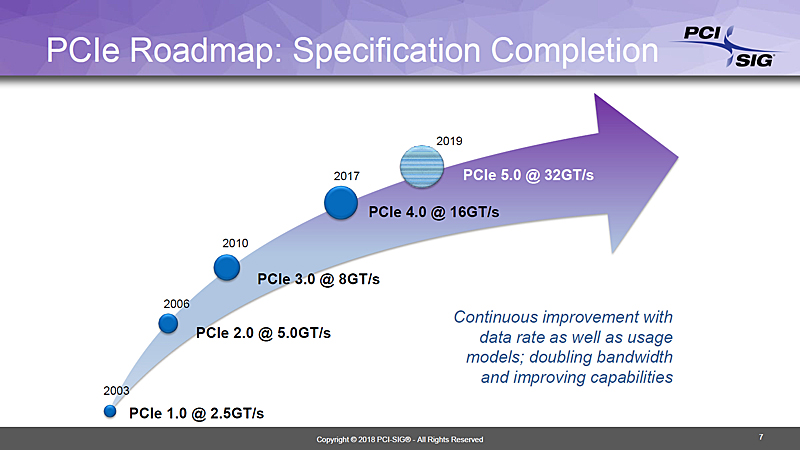 The official PCI Express 5.0 specifications have been announced by PCI-SIG (Peripheral Component Interconnect Special Interest Group). It effectively doubles the peak bandwidth of current PCIe 4.0 from 64GB/s to 128GB/s via x16 configuration. 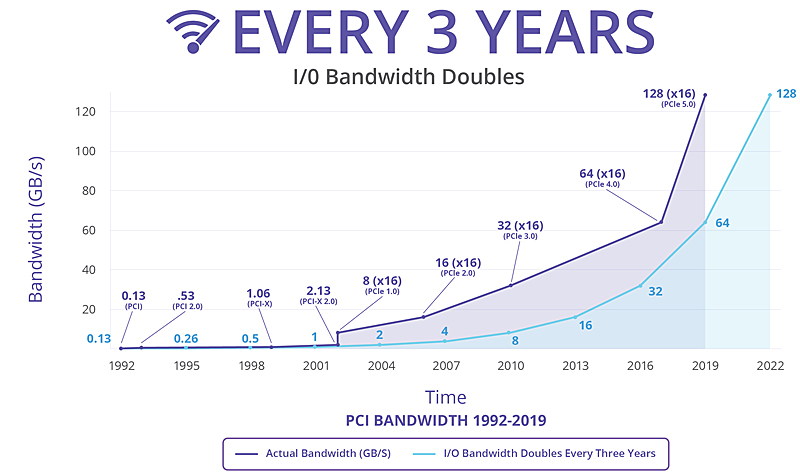 Due to the 7-year delay between the ratification of PCIe 4.0 and PCIe 3.0 standard, the official announcement of PCIe 5.0 specifications supercedes the availability of PCIe 4.0-based products. There’s light at the end of the tunnel as there were PCIe 4.0-based SSDs announced at the recently concluded Computex 2019.

For now, only the AMD X570 chipset, to be paired with the upcoming Ryzen 3000 series processors, support PCIe 4.0 natively. With PCIe 4.0 products just announced, end consumers will likely have to wait a few years before PCIe 5.0-based products see the light of day.

Join HWZ's Telegram channel here and catch all the latest tech news!
Our articles may contain affiliate links. If you buy through these links, we may earn a small commission.
Previous Story
Panasonic announces the Lumix S1H, a video-friendly full-frame mirrorless camera
Next Story
As rumored, iTunes will be replaced with standalone Music, TV, and Podcasts apps