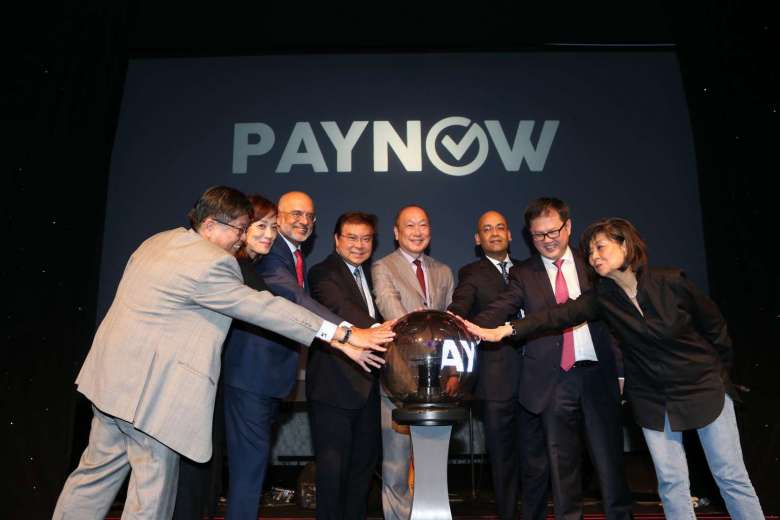 The Association of Banks (ABS) has announced PayNow, a service that lets you transfer funds from one bank to another with just the recipient’s mobile phone or identity card number.

The PayNow system, which will start on July 10, has garnered support from seven banks: DBS Bank/POSB, OCBC Bank, UOB, Citibank, HSBC, Maybank, and Standard Chartered Bank. PayNow rides on the FAST (Fast and Secure Transfer) transaction system, which was launched in 2014 to allow customers of 19 banks to make interbank fund transfers quickly. While PayNow only supports seven banks at the moment, they’re said to already cover 90% of retail transaction volume in Singapore.

Before you can receive money over PayNow, you must first link your mobile number or IC number to your bank account via internet banking (using the bank’s website or mobile app). One bank account can also be linked to one mobile number; and in the event that you changed your number, you’ve to delink the old number and link the new one. Senders don’t need to register to send money, but they can still see the receipient’s name before confirming the transfer. Per transaction limit is capped at S$50,000.

So, does PayNow negate the need for mobile wallet solutions, like DBS’ PayLah!? If you only care about person-to-person funds transfers, PayNow’s ease of use is a major plus. In fact, with the introduction of PayNow, receipients don’t need to download the PayLah! app when they’re receiving money from a PayLah! user. That said, DBS’ mobile wallet does offers extra features and perks, such as the ability to pay using QR codes and exclusive deals when you use the service.

Our articles may contain affiliate links. If you buy through these links, we may earn a small commission.
Previous Story
SCOGA puts streamer hopefuls in touch with potential sponsors
Next Story
Qualcomm's Snapdragon 450 Mobile Platform adds high-end features to entry-level smartphones