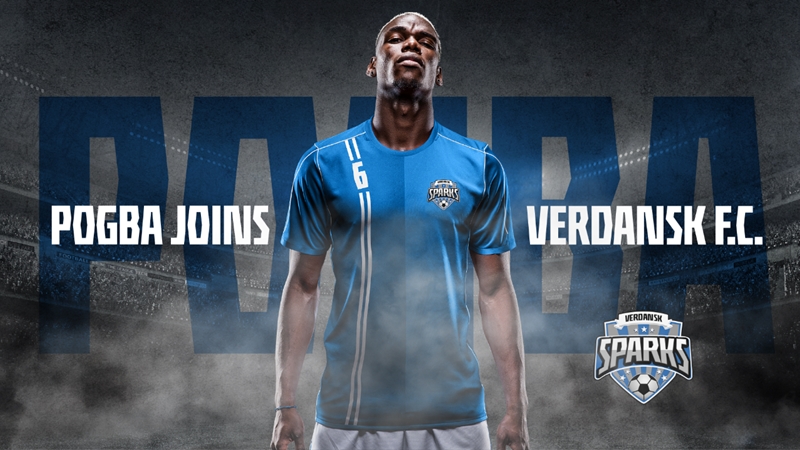 It's one thing to have your "home" stadium appear in a game, like most football clubs do in titles like FIFA or PES. But it's another thing entirely to have it appear in a shooter title, and it's Call of Duty: Warzone, no less.

Ok, so you won't find a sign that reads Verdansk FC Stadium in the game, but among the new locations added to the game in the recent Season 5 update, there is a place called the National Acropolis Arena, and Verdansk FC (also known as the Verdansk Sparks) has confirmed that their new stadium and this in-game structure are one and the same.

In addition to that, the Kastovia-based football club has also announced a major new signing to go with the commemorative festivities - they've managed to get World Cup footballer Paul Pogba on the team, according to a post on the 27-year old's Twitter account. On top of that, Pogba also shared his favourite Warzone loadout - you should take it for a spin later and see how it goes!

Anyway, if you're interested to have a look at the place, why not drop in near the National Acropolis Arena in your next match? Alternatively, you could also check out the official Warzone strategy guide - it has a neat Tactical map containing details on over 300 locations, including the new stadium.

Join HWZ's Telegram channel here and catch all the latest tech news!
Our articles may contain affiliate links. If you buy through these links, we may earn a small commission.
Previous Story
Fortnite still available for download at Samsung's Galaxy Store
Next Story
Firefox development affected by Mozilla's retrenchment of 250 employees