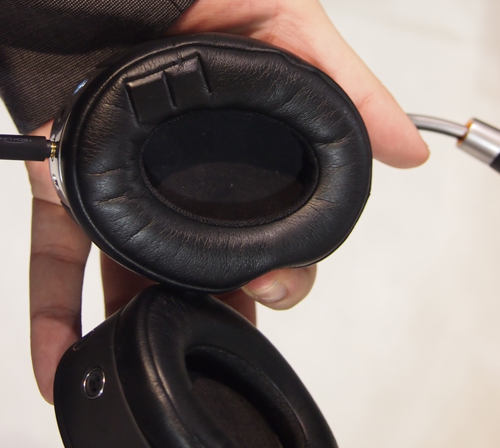 Renowned designer Phillipe Starck has once again worked with Parrot on another audio device. Named Zik,  we've had some ears-on time with the headphones, and to be honest, the sound quality is top-notch. Bass levels were very prominent, without drowning out the mids and lows of the music track we listened to.

The Zik headphones comes with active noise control, aided by two microphones that picks up external sound, and two more situated within the ear cups to detect internal noise. Combined with Parrot's Concert Hall Effect which is essentially a DSP algorithm that projects the sound towards the front, we have to say the combined effort definitely improves the overall audio quality of the Zik headphones. 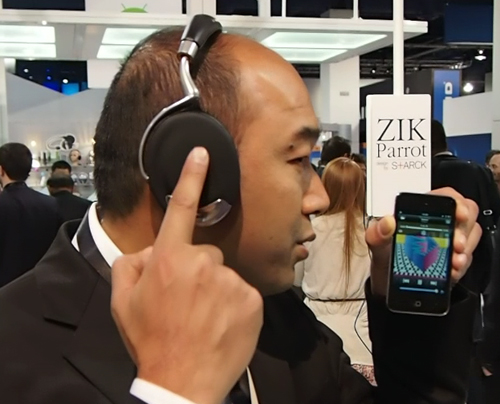 Besides its impressive audio performance, we were caught by surprise at its capacitive touch controls. Located on the ear cups, you can simply swipe the ear cup left or right to skip tracks, or slide your finger up and down to control the volume. An even more impressive feature that was demonstrated, was its motion detection sensor, which lets you pause or play a music track by pulling the headphone on or off respectively.

Other features on the Zik headphones includes Bluetooth and near field communication (NFC) capabilities. The former will be utilizing the internal microphones that comes with a bone conduction sensor to improve the call quality, while NFC allows it to be linked to any other NFC devices with a simple tap.

According to a spokesperson from Parrot, the Zik will be available in 2012. That's right, no time frame was given, nor the pricing. Though it's highly likely that you're looking at a premium pricing for this luxurious-looking headphone.