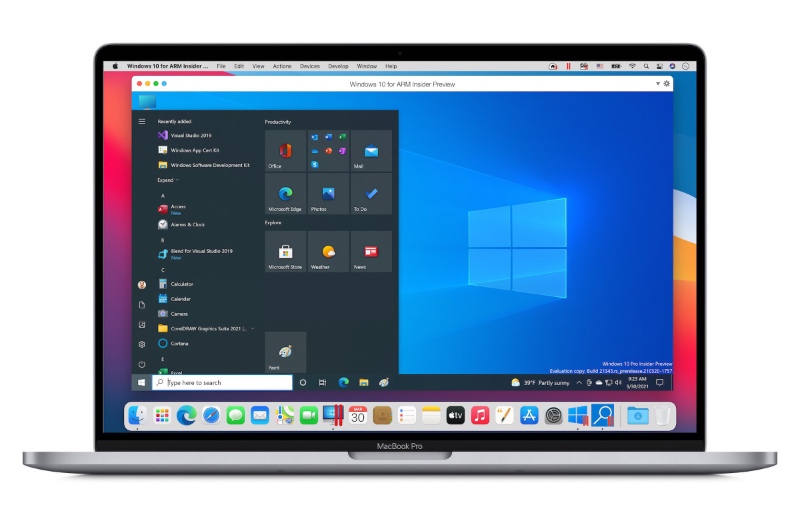 Parallels has just updated its popular Desktop virtualisation software to 16.5 and the update offers full support for M1 Macs.

Crucially, this means M1 Macs with Parallels Desktop 16.5 will be able to run Windows 10 Arm Insider Preview. It's a preview version because Microsoft doesn't offer a retail version of Windows 10 Arm yet.

Also, it's not quite the full Windows experience but that's on a limitation on Microsoft's side. Fortunately, Microsoft did say that they are working on x64 app emulation support for Windows 10 Arm.

As for performance, Parallels claims that an M1 Mac is up to 30% faster than a 2019 15-inch MacBook Pro with a Core i9 processor, 32GB of memory, and Radeon Pro Vega 20 graphics. Even though Parallels didn't specify which M1 Mac, that's impressive.

Join HWZ's Telegram channel here and catch all the latest tech news!
Our articles may contain affiliate links. If you buy through these links, we may earn a small commission.
Previous Story
Apple unlikely to release an iPhone 14 mini
Next Story
It’s not just GPUs being affected by the chip shortage, now routers could face delays *Updated*