Parallels Desktop 16 still the best way to run Windows on a Mac, but faces uncertain future

Parallels Desktop 16 still the best way to run Windows on a Mac, but faces uncertain future 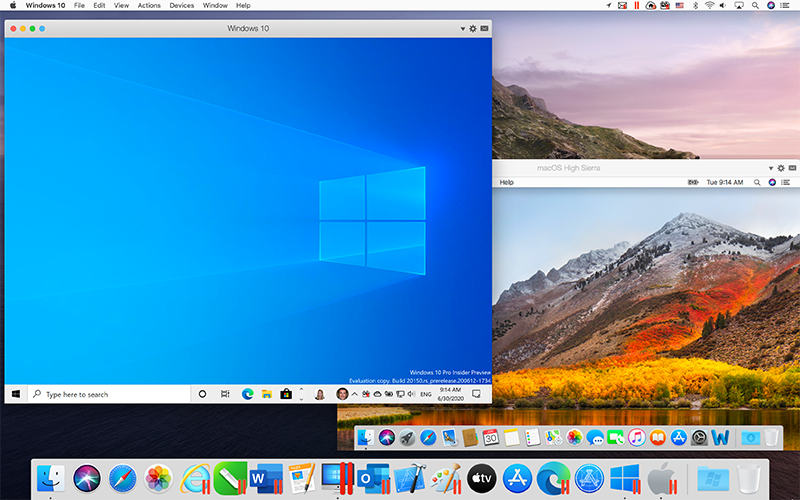 Like clockwork, Parallels has dropped the latest version of its desktop virtualization software with several new tricks up its sleeves. However, it’s landing in a world that may soon have no need for it besides niche use cases.

First, the good stuff. Parallels Desktop is hands down still the best way to run Windows on a Mac. Every new version brings improvements that tighten the integration between Windows and macOS, and the software is now as sleek and stable as anything that might come out of Cupertino. The laundry list of enhancements and performance improvements run long, and include:

But according to Parallels, the most noteworthy feature this year is quite simply its support for the latest macOS Big Sur.

That’s because in Big Sur, Apple ended support for the third-party kernel extensions that Parallels Desktop tapped on in order to work. As a result, Parallels said it had to put in 25 years’ worth of programming work to redesign Parallels Desktop so that it can even run on Big Sur.

The benefit of this redesign also led to speed improvements – Parallels Desktop 16 launches twice as fast as version 15 and enjoys up to 20 percent faster Windows resume and shutdown.

As usual, Pro and Business editions of Parallels Desktop 16 offers deeper features to please IT managers, such as corporate provisioning and centralised administration.

You’ll also get a bunch of other bundled goodies with every Parallels Desktop 16 subscription, including the very nifty Parallels Toolbox and its 30-odd one-click utilities to save time and simplify your desktop computing life.

So far so good.

Yet, despite all these improvements, we can’t help but wonder if the writing is on the wall for Parallels Desktop.

Parallels Desktop was born out of compromise more than 15 years ago, in a world where Macs were experiencing a surge in popularity, but software parity hasn’t quite caught up. So if you preferred to use a Mac but still needed Microsoft Office 2007 for Windows, for example, you forked out the extra cash for Parallels Desktop and a Windows license and the full Microsoft Office pack.

In 2020, many common apps that users will ever need have complete or near-complete feature parity on both Windows and Mac – no compromises required. Microsoft Office and Adobe Creative Cloud are two big examples. For everything else, there’s our smartphones and tablets, and of course, the web.

Parallels can argue that there is still a high demand for desktop virtualisation in businesses, and that the Pro edition is its best-selling version. We don’t disagree, but the company also offers a separate solution designed specifically for businesses called Remote Application Server (RAS), which is significantly more advanced and flexible than a traditional desktop virtualization app, and is proving to be quite popular in enterprise settings.

That said, there will be certain Windows apps that have no Mac equivalent and there will be users who prefer the security and immediacy of running virtual machines on their own hardware. But there's a feeling that this is a shrinking group of users.

To make matters more uncertain, Apple has begun to move to its own ARM-based chips for Macs, which throws yet another wrench in Parallel’s modus operandi.

We did see a demo of Parallels Desktop running on Apple Silicon at the last WWDC, which Parallels was eager to trumpet, but it was a demo of Debian Linux and there was no word on whether Windows will be supported. The company declined to provide any further details, beyond the fact that it’s hard at work trying to figure it out.

For the time being, if you’re one of the few remaining individuals who need or want Parallels Desktop in your daily workflow, you can grab a copy on parallels.com/desktop at the following prices:

Join HWZ's Telegram channel here and catch all the latest tech news!
Our articles may contain affiliate links. If you buy through these links, we may earn a small commission.
Previous Story
Synology launches new 5-bay DS1520+ NAS for the home power-user
Next Story
Watch the first trailer for Gotham Knights that features a very dead Batman