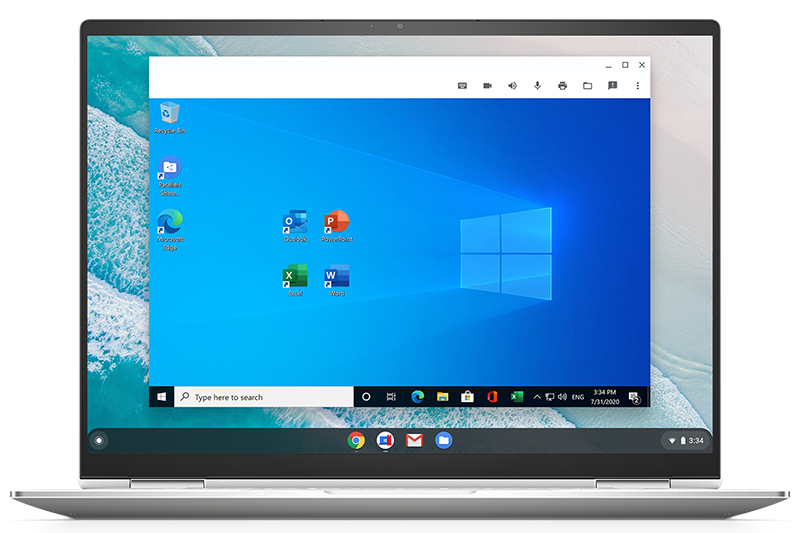 Chromebooks now have the ability to run full Windows 10 along with all of its millions of apps thanks to Parallels.

The desktop virtualization company has launched a version of its Parallels Desktop app specifically for Chromebook Enterprise devices, which businesses can purchase for US$69.99 USD per user per year.

This ostensibly solves the problem for many companies considering a switch to Chromebooks but are hesitant because of their need for legacy Windows applications.

It also expands on the Chromebook’s credentials for enterprise environments, as many full-featured desktop software are undeniably more versatile and powerful than their web-based and mobile counterparts. Microsoft Office is just one huge example.

Parallels Desktop for Chromebook Enterprise, as the product is named, brings many familiar integration features over from its Mac cousin.

This includes the ability to run any Windows application, shared clipboard, shared printers, and file-type association.

You can also run Windows 10 full screen on the Chromebook without an Internet connection, which is probably as close to a native experience as you’re going to get.

On the downside, you need to have pretty powerful Chromebooks in order to run Parallels Desktop and not just any low-end run-of-the-mill device. Minimum system requirements include an Intel Core i5 or i7 processor, 16GB of RAM, and at least 128GB of storage.

The cost of Parallels Desktop for Chromebook Enterprise does not include Windows licenses, so IT departments will have to purchase those separately.

Hopefully, future versions will also allow regular individual users to buy and install the software, as it’s currently only available to enterprise users and has to be deployed through Google’s Admin console.

Parallels is offering a free full-featured one-month trial with five user licenses, so check out their website if you’re interested to give it a go.

Our articles may contain affiliate links. If you buy through these links, we may earn a small commission.
Previous Story
Intel powers first satellite with AI on board
Next Story
PSA: MagSafe charger may leave circular imprints on your leather case