Parallels Access for the iPad has been enhanced, with new features and improvements including Windows support that's now out of beta, support for 11 languages, and a new single port connection which makes it easier for users to work within certain corporate networks. 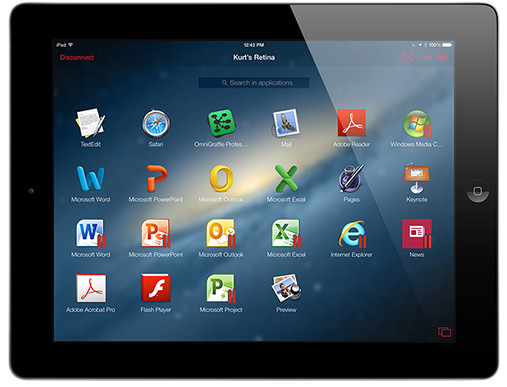 Now, Parallels offers the choice of a S$5.98 monthly or S$64.98 annual Parallels Access subscription that lets subscribers access up to 10 PC or Mac computers. Parallels Access, with its Mac Agent and Windows Agent, is available immediately with a 14-day free trial.

Parallels Access hardware requirements include iPad mini and iPad 2 or later and a Mac running OS X (Mavericks 10.9, Mountain Lion 10.8, Lion 10.7) or a PC running Windows 7, Windows 8, or Windows 8.1. If a Mac user purchases or upgrades to Parallels Desktop 9 for Mac, they receive a complimentary six-month subscription to Parallels Access which will also “applify” all of their Windows virtual machines and Windows apps so they work like they were made for iPad.

Join HWZ's Telegram channel here and catch all the latest tech news!
Our articles may contain affiliate links. If you buy through these links, we may earn a small commission.
Previous Story
Olympus Introduces Two Stylus Compacts & OM-D E-M5 Pro Lens Kit
Next Story
Facebook: Open Compute Has Saved Us Over US$1 Billion in Three Years