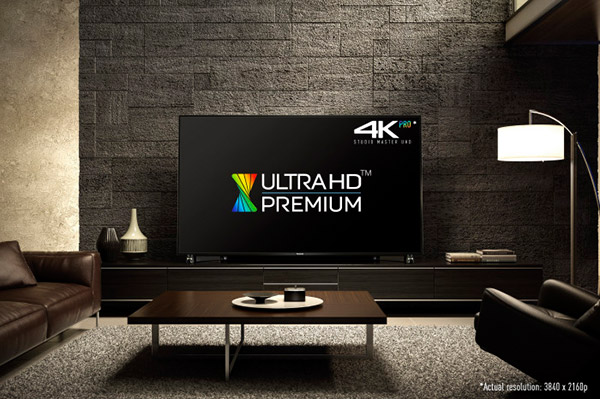 Another TV to gain the Ultra HD Premium certification is the DX900, Panasonic’s flagship LCD TV for 2016. Available in 58 and 65-inch screen sizes, the DX900 is slated to go on sale in Europe in February, which means it could be the first UHD Premium TV to reach consumers, beating even the KS9500 from Samsung.

Obviously, Panasonic is very proud of the DX900, even going on to say that it’s made the impossible possible. This is made in reference to the high brightness of the DX900, a spec critical for HDR to shine. And credit for that goes to the TV’s new Honeycomb structure local dimming tech. In essence, it’s a new LCD panel design that’s able to keep the hundreds of individually controlled lighting zones isolated from one another. With this method, Panasonic says the DX900 can hit 1,000 nits across a much wider portion of the screen, putting it on par with flagship offerings from LG, Samsung, and TCL.

While the DX900 isn’t the only Ultra HD Premium set you can buy (soon), it’s the only UHD Premium set that’s also THX-certified. Considering past Panasonic flagships have also earned the quality assurance group’s approval, I’m not surprised that the DX900 has also made the cut this time.

Other new features on the premium 4K TV include a HCX+ (short for Hollywood Cinema eXperience plus) video processor to replace the 4K Studio Master Processor found in previous-gen models. Coupled with a 3D lookup table that covers 8,000 points and improvements to the color compensation algorithm, the DX900 should also show improvement when rendering Rec 709 content. For audio, Panasonic is touting “unusually large speaker boxes” with quad passive radiators and powerful Neodynium magnets.

Like last year’s CX700, the DX900 will continue to run Firefox OS. An OS update coming later this year will bring new features like a new way to discover web apps and save them to the TV, and a “send to TV” function to easily share web content from Firefox for Android to a Firefox OS-powered TV. Panasonic also plans to offer Amazon’s HDR titles and support the upcoming Netflix HDR streams.

Join HWZ's Telegram channel here and catch all the latest tech news!
Our articles may contain affiliate links. If you buy through these links, we may earn a small commission.
Previous Story
Netflix goes live in 130 new countries, including Singapore
Next Story
Xiaomi Mi 5 confirmed to run on Snapdragon 820, to launch after Chinese New Year