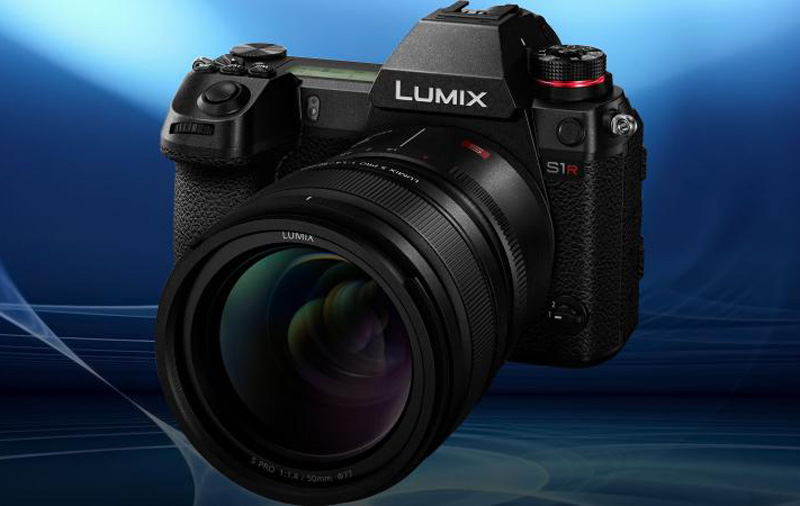 The Lumix S1R seems to be more photography-centric, and features a high-resolution mode that allows the camera to do 187-megapixel high-precision photo capture, and has a maximum ISO of 25,600. It comes without low-pass filter for optimum resolution, and uses a new high-speed Venus Engine image processor for better performance despite the higher resolution.

Meanwhile, the S1 seems to be built with video use in mind, as it does full 4K 60p video, and 4K 30p/25p with full pixel readout. The S1 is capable of 4:2:2 10-bit 4K 30p/25p internal video recording and 4K 60p HDMI output as well as V-log with an additional software upgrade key. This too has a high-resolution mode, but that only produces 96-megapixel images. The camera will go up to a maximum ISO of 51,200, making it ideal for low light situations. HDR video recording is also available for better reproduction in both the highlights and shadows..

Both cameras will benefit from the latest version of Panasonic’s Contrast AF system with DFD technology which now uses AI to accurately recognize fast moving targets, making for better tracking even if the subjects turn their backs to the camera. Lens and sensor will communicate at up to 480fps, allowing the camera to achieve focus in as little as 0.08s. The new system will also be able to obtain focus in light levels as low as -6EV.

They will also integrate an IBIS system that combines with the Optical Image Stabilizer in selected Lumix S Series lenses to give up to six stops of shutter speed compensation for both stills and video. They will also come with a new HLG Photo mode which gives images with wider dynamic range as HSP files to be played back on the latest HLG-compliant 4K TVs. Worth noting is that the cameras will have a fast flash sync speed of 1/320s – the fastest in industry.

Join HWZ's Telegram channel here and catch all the latest tech news!
Our articles may contain affiliate links. If you buy through these links, we may earn a small commission.
Previous Story
Go cashless this Lunar New Year with DBS QR Ang Baos
Next Story
Intel will stop offering Itanium processors by 2021