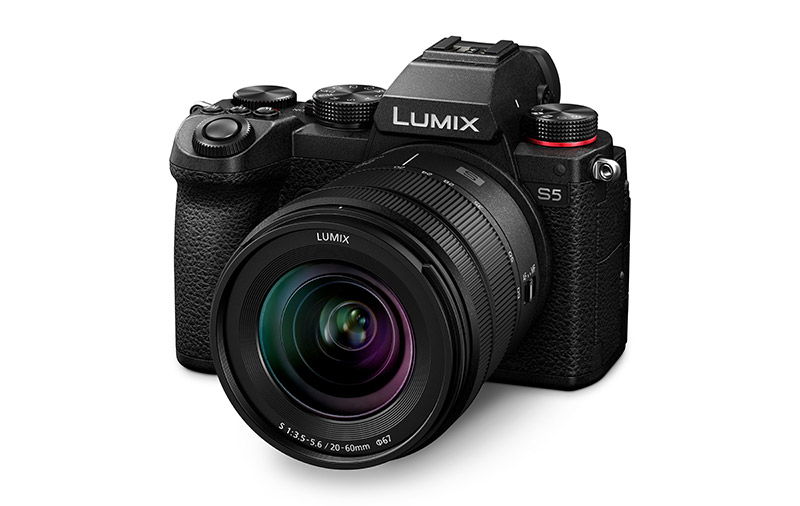 In case you missed it, Panasonic has announced the Lumix S5, a compact full-frame mirrorless camera.

The 4th model in the Lumix S series, the new S5 weighs just 630g for the body, who is great news if you've been lusting for the S1 but are put off by its bulk and weight.

The camera has a base ISO range of 100 - 51,200 and there’s a Dual Native ISO tech that helps to keep noise down whether you’re shooting stills or videos. For instance, V-Log has two native ISOs — 640 and 4,000. V-Gamut also comes pre-installed.

The S5 supports 5-axis sensor-shift image stabilisation that Panasonic says is good for up to 5 stops — or 6.5 stops if you use a Dual I.S. lens.

In the AF department, Panasonic claims the camera’s Contrast AF with DFD (Depth From Defocus) tech is able to lock focus on the subject in just 0.08 second. It even uses deep learning to detect specific subjects such as humans and fast-moving animals. When detecting humans, the system is now able to recognise the head separately from the eye, face and body.