With more and more consumers eschewing the traditional camera for what’s on their mobile phones, Panasonic has come up with a somewhat unconventional approach to counter the trend: release a camera that has mobile communication functions! 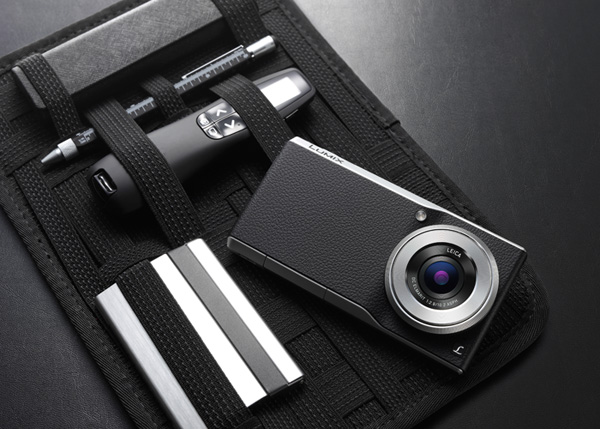 We first covered news of the Lumix DMC-CM1 last September, and then followed it up with a walkthrough video that showed you all the ins-and-outs of this new offering, and again when it showed up at CP+ 2015, so all that’s left perhaps, is to update you on pricing and availability, as well as the confirmed specifications for the device that will be retailing here.

The DMC-CM1 will come with a 1” 20.1-megapixel High Sensitivity MOS sensor which allows for high sensitivity and outstandling low light performance. It’s fitted with a f/2.8 Leica DC Vario-Elmarit 28mm (35mm equivalent) lens, and has a control ring on the len barrel that can be used to set shutter speed, aperture or a selection of Creative Filters.

The screen is a 4.7” 6220k-dot ultra-high resolution display, and the DMC-CM1 supports LTE connections in addition to having integrated Wi-Fi functions. In terms of movie recording, the DMC-CM1 can take up to 3840x2160 4K video recording at 15p in addition to full HD 1920x1080 recording.

The unit itself feels solid in your hands, but yet it doesn’t feel heavier than your regular smartphone. In our brief time with the camera it seemed to be fairly responsive. The minimum focusing distance didn’t seem to be as close as what you get on say, the iPhone 6, but the camera itself focused fairly quickly and images seemed to have good color.

We’re told it won’t be sold through your regular telcos, but rather through camera shops. This is because Panasonic considers it a camera first, and a communication device second. The Lumix DMC-CM1 is available now at all authorized Panasonic retailers at a MSRP of $1399 and will ship with Android v4.4 KitKat installed, though we're told a firmware update to bring it up to Android v5.0 Lollipop is already in the works.

Finally, here's the video of our device walkthrough again:

Join HWZ's Telegram channel here and catch all the latest tech news!
Our articles may contain affiliate links. If you buy through these links, we may earn a small commission.
Previous Story
Local company Secretlab launches Throne, racing-inspired gaming chair to take on DXRacer (Updated)
Next Story
Upgrade your iPhone 6/6 Plus with an easy access back button