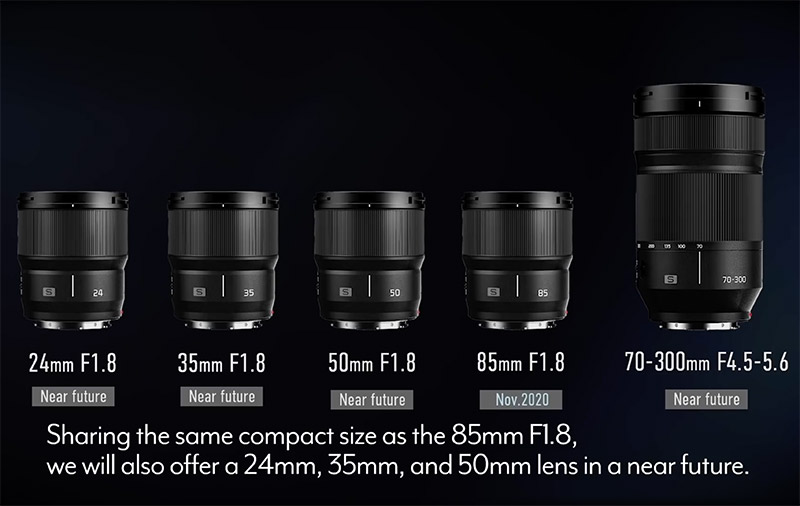 More specifically, these lenses are:

Other than the 85mm prime that’s confirmed to drop this Nov, the other four lenses are coming in the ‘near future’.

What’s nice about the prime lenses is that they’re all the same size as the 85mm prime, which Panasonic says is ‘compact’. Versus their F1.4 siblings, this size reduction is somewhat expected. And of course, we expect their prices to be more wallet-friendly as well.

With these additions, the number of Lumix S series lenses will increase to 12. Panasonic is also working on another large-aperture wide-angle zoom lens but it’s unclear when that’d be ready.

Join HWZ's Telegram channel here and catch all the latest tech news!
Our articles may contain affiliate links. If you buy through these links, we may earn a small commission.
Previous Story
The Panasonic Lumix S5 is a full-frame mirrorless camera that won’t weigh you down
Next Story
Vivo's new RGBW array sensor can capture 200% more light than regular sensors