Overwatch's latest hero might actually be a tad overpowered

Overwatch's latest hero might actually be a tad overpowered 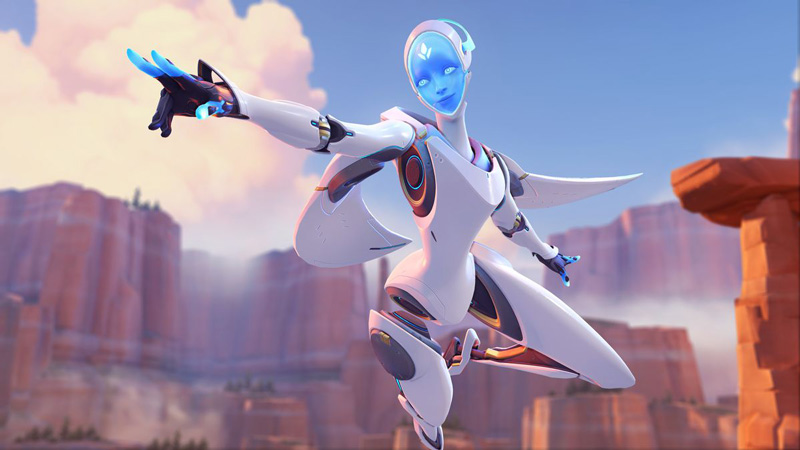 Blizzard Entertainment has revealed the latest hero to join Overwatch as a playable character - Echo. This AI omnic will be a Damage character, instead of the Tank or Support character players were expecting (and probably hoping for). Echo is going to change things up quite a bit, and that might be purely because of her ultimate ability - which is sure to be devastating in the right hands.

Echo’s main weapon is referred to as Tri-Shot, firing bursts of rounds similar to Baptiste’s main weapon, but in a triangle pattern. She also comes with a Focusing Beam, which is essentially a huge laser that does more damage to enemies and barriers with less than half health. As shown in the Overwatch 2 announcement trailer, she can also throw down sticky bombs, which cause huge damage after a short delay.

Oh, and she can fly. She has a lot more control over her movement than the game’s other flying character, Pharah, once in the air - but she still can’t achieve permanent flight. Still, she can zip around the map for a pretty substantial amount of time, carpet-bombing enemies with sticky bombs and unleashing her ult. That's not nothing!

Echo’s ultimate ability is called Duplicate, which lets her take the form of any character on the enemy team for a short time. Echo players will temporarily inherit all of that character’s abilities, along with their ultimates. During Duplicate, players also get a massive 650% boost in ultimate ability generation, meaning that they get ultimates a whole lot faster when attacking. For example, one player discovered that they could use Tracer’s ultimate ability seven whole times before Echo’s Duplicate ability ended.

It seems like Echo could potentially devastate the enemy single-handedly with that much power in her hands. Imagine playing a match, and having Echo mimic Soldier 76 - and then hearing him ult out seven times in a row. During a developer update however, game director Jeff Kaplan reassured players that they will be keeping a close eye on Echo’s ultimate ability in-game, making sure that it stays balanced.

Meanwhile, Overwatch Tank and Support players are… quite unhappy that the game is getting yet another Damage character. Echo is currently on PTR for PC players, and judging from past Hero releases, will become playable for everyone in a week or two.

Previous Story
The Messenger creators unveil Sea of Stars, a retro-RPG with gorgeous artwork
Next Story
StarHub announces more local support as the country continues to deal with Covid-19