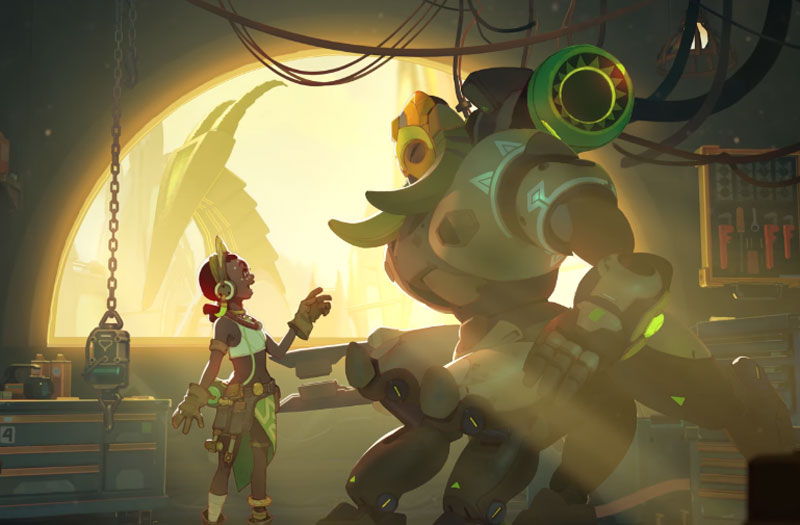 If there’s one thing Overwatch has been lacking recently, it’s some good old fashioned world-building. Fortunately, Blizzard Entertainment is working on a young adult novel to fill in some of that missing lore.

Scholastic will publish the novel, titled The Hero of Numbani, in May 2020. The book will focus on Numbani hero Efi Oladele, whom fans will recognise as the young girl who brought Orisa to life. The book will be written by Nicky Drayden, author of science fiction novel The Prey of Gods.

An excerpt of the book’s Amazon listing reads:

While Doomfist sows discord between humans and omnics, Efi engineers an intelligent and compassionate robot, Orisa, named after the powerful spirits who guide her people. Orisa has a lot to learn before she's ready to defeat Doomfist, but Efi has some learning to do, too, especially when it comes to building - and being - a hero. With Doomfist rallying his forces, and the military powerless to stop him, can Efi mold Orisa into the hero of Numbani before it's too late?

But listen, this is cool and all, but when will we find out why that alien-looking omnic from McCree’s animated short was so important? We’ve been kept in suspense for almost a year now!

Join HWZ's Telegram channel here and catch all the latest tech news!
Our articles may contain affiliate links. If you buy through these links, we may earn a small commission.
Previous Story
Sony is ending Facebook support on the PlayStation 4
Next Story
The PaMu Slide just raised more than S$9 Million on Indiegogo