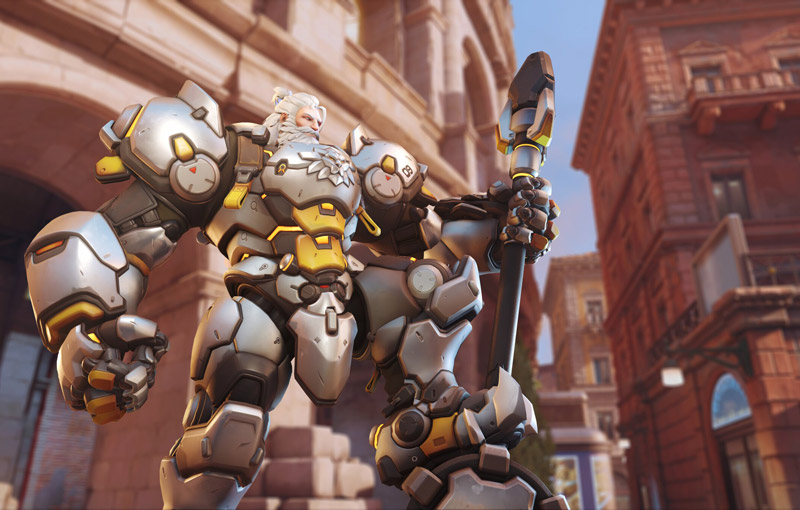 If you’ve been playing Overwatch with five friends, it’s time to let one of those friends go.

Blizzard Entertainment recently hosted a livestream detailing massive changes coming to Overwatch 2 and the base game’s multiplayer PvP gameplay. The big headliner here is that Overwatch’s multiplayer will soon go from six-versus-six team battles to five-versus-five.

[We have] always tried to make our combat easy to read and very understandable and ... sometimes it’s just hard to track what 11 other players are doing on the battlefield. Removing two of those simplifies everything and it allows players to understand everything that’s happening around them and make better choices because of it.

The long and short of it is that the new 5v5 system will allow more players to have a bigger impact during matches, and healers to have an easier job protecting just the one tank. The team did test a further cut to 4v4 teams and even an expansion to 7v7 teams, but 5v5 felt the most balanced of these options. Of course, none of Overwatch’s tank characters are built to support an entire team on their own - so changes are coming to all of them from top to bottom. They will soon be better classified as ‘brawlers’, as they become more aggressive and, “more hybrid-y on the damage side.”

For example, Winston currently has a new alternate fire mode that lets him shoot a blast of long-range lightning, allowing him to deal more damage at range. Reinhardt gets two Fire Strikes and a cancellable Charge, and Zarya gets dual bubble charges for Particle Barrier and Projected Barrier. On these changes, lead hero designer Geoff Goodman stated:

We’re not taking every tank and just making them super aggro. In some cases we’re pushing some of the more aggro tanks and making them a little tankier. In a lot of cases they have more health … D.Va has a lot more Matrix juice in the can. We didn’t just give her more missiles and let her go kill everybody, she can actually protect her team a little more.

So it’s not like Tanks are full-on Damage heroes now. They still have to protect and support their team, but they’ll have a lot more firepower and durability to do so in Overwatch 2. The game currently has slow matchmaking issues due to a lack of Tank players, so this change should help address that as well. However, this also means that if you’re the only Tank player in the entire team, you’re probably going to be under a lot more stress to carry a match on your own.

Blizzard is also adapting the game’s maps to suit this new 5v5 single-tank team change, with more cover objects available in the environment. The livestream also showcased new changes coming to other heroes’ abilities, the biggest one being that Mei can’t fully freeze enemies anymore. Her primary attack still slows them down, but full-on freezing is going the way of the Scatter Arrow. We also got a sneak peek at new character designs coming to each and every Overwatch hero in this sequel, giving them more ‘high-tech’ appearances.

A thing of beauty.

The full livestream also showed off a bunch of new maps coming to the sequel, with a couple even housing full matches. A New York map features a futuristic version of Grand Central Station, and pathways for players to take their brawls to the streets. You can even head into an actual train, whose cramped corridors seem like a Reinhardt main’s dream.

Enjoy a New York slice between battles in Overwatch 2.

Another map set in Rio has connections to Lucio, and his roots in music. The map features a snazzy nightclub called ‘Clube Sinestisia’, and appears to be the most colourful of the three. You’ll push a peacock-themed payload through a lively map going through this nightclub, a restaurant and even a beach.

Rock to that Rio rhythm in Overwatch 2.

An earlier-revealed Toronto map was shown in more detail as well. It’s a winter-themed map, with maple trees and a rip-off Tim Hortons coffee shop called Tim Fordsons. There’s also a hotel! This will be one of the game’s Push maps, a new game mode in which players battle as a robot pushes a payload to the objective.

Weather the Toronto winter in Overwatch 2

We’ve also got a new map set in Rome, which features a jaw-droppingly gorgeous vista by a massive colosseum. You’ll find fountains, golden-hour lighting and statues of Roman gods still somehow standing in this far-flung future. This is also a Push map.

Roam the streets of Rome in Overwatch 2.

Finally, we have Monte Carlo. This map drips with luxury, with streets lined with expensive buildings, flying yachts and self-driving cars. The map is set on a racetrack, and it even features a pool if a swim takes your fancy.

Race toward the Monte Carlo finish line in Overwatch 2.

We don’t have a release date for Overwatch 2 yet, but given that the team constantly referred to all these updates and changes as early works-in-progress, it’s safe to say that we won’t see the game launch for quite some time. You can find Blizzard’s full breakdown of the game’s big PvP changes here, and the livestream itself below:

Join HWZ's Telegram channel here and catch all the latest tech news!
Our articles may contain affiliate links. If you buy through these links, we may earn a small commission.
Previous Story
Spotify adds offline music downloads on the Apple Watch
Next Story
Realme Buds Q2 and Realme Watch 2 goes on sale in Singapore