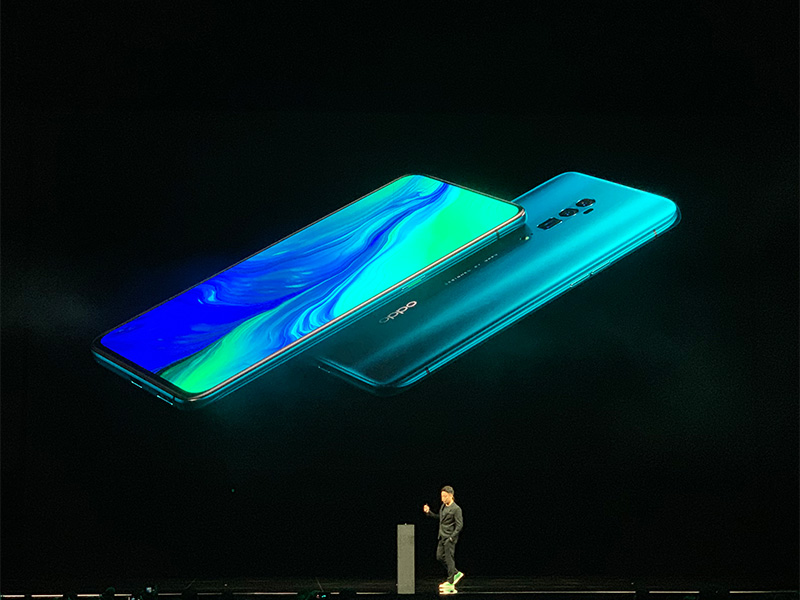 At a launch event in Shanghai, China today (Apr 10), Oppo has officially unveiled its new Reno series. There are two main models in the series, so let’s start off with the standard Reno, which is powered by the Qualcomm Snapdragon 710 chip and comes with up to 8GB RAM and 256GB internal storage.

The big deal with this Reno Standard Edition is its front, which is dominated by a 6.4-inch edge-to-edge AMOLED screen - one that’s unblemished by any notch or punch-hole cutout. The surrounding bezels are super-thin too (just 1.63mm on each of the two sides), so you’re looking at an impressive 93.1% screen-to-body ratio. Oppo has even managed to cram a fingerprint sensor under the display.

To achieve the all-screen look, Oppo has moved the front-facing camera from the screen into a wedge-shaped mechanism hidden near the top of the phone. When selfie mode is activated, this 16-megapixel camera wedge will pop up from the top-right of the phone automatically. Imagine a shark’s dorsal fin breaking the water surface and you get the idea.

On the back, you get a dual-rear camera setup that uses a 48MP Sony sensor for the primary camera and a 5MP sensor for the secondary camera. AI is used throughout the image capture process (e.g., for scene and subject detection), and there’s an Ultra Night Mode 2.0 that puts a series of low-light shots through some multi-frame noise reduction and HDR processing magic to create the final “balanced” and “low noise” photo.

Rounding up, the standard Reno has built-in NFC, can do VOOC 3.0 fast charging over USB-C (it packs a 3,765mAh battery), supports Hi-Res Audio and Dolby Atmos (the latter after a firmware update), and runs Oppo’s own ColorOS 6.0, which is based on Android 9.0. 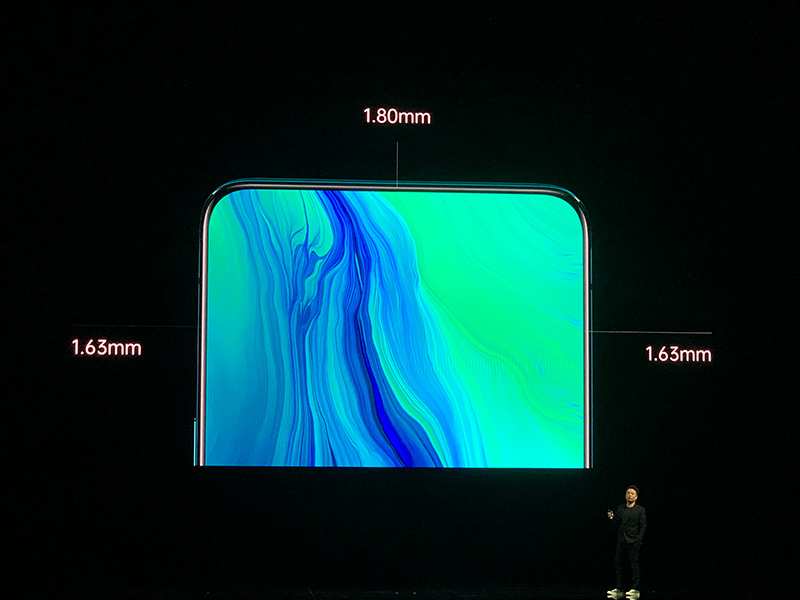 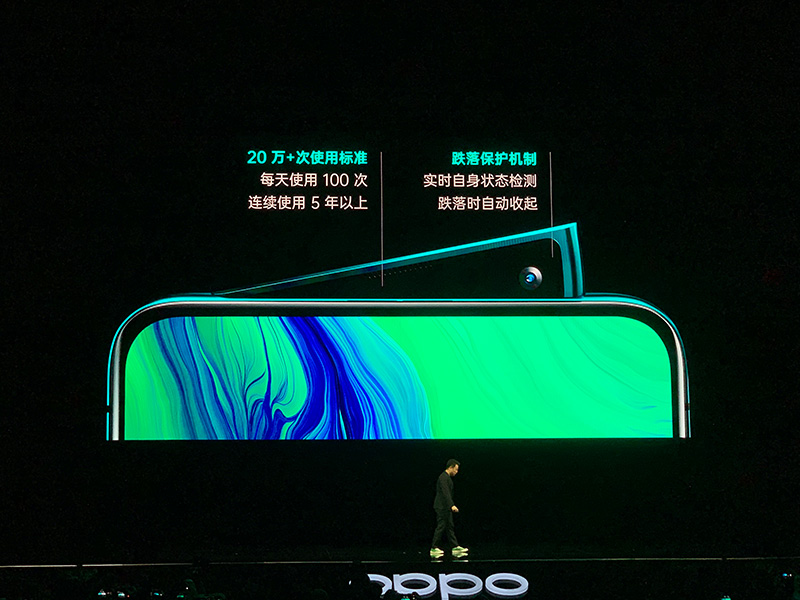 While the standard Reno is impressive enough, the real star of the show is the Reno phone that sits above it: the Reno 10x Zoom.

Like the standard Reno, this top-of-the-line Reno has an expansive edge-to-edge screen unspoiled by any notch thanks to the slanted pop-up selfie camera, though the display comes in slightly bigger at 6.6 inches this time (still 93.1% STB ratio). It’s also running on a much faster Snapdragon 855 SoC, has a bigger 4,065mAh battery, and even supports expandable storage. NFC, Hi-Res Audio, and Dolby Atmos support - these are all present on the Reno 10x Zoom, just like the standard Reno.

The biggest difference between the two Reno models is found on the back: instead of two cameras, the flagship Reno’s rear camera system is powered by a three-lens setup. We’re talking about a 48MP primary camera paired with two other camera modules: one with an 8MP sensor and a 120-degree super-wide-angle lens and another with a 13MP sensor paired with a telephoto lens. Using a periscope structure not too dissimilar to what we’ve seen on the Huawei P30 Pro, all these come together to enable the phone’s 10x hybrid optical zoom headline feature, which covers an impressive focal length range of 16 - 160mm (in 35mm terms). To combat image blur due to camera shake, the 48MP wide-angle shooter and telephoto lens are equipped with optical image stabilization. 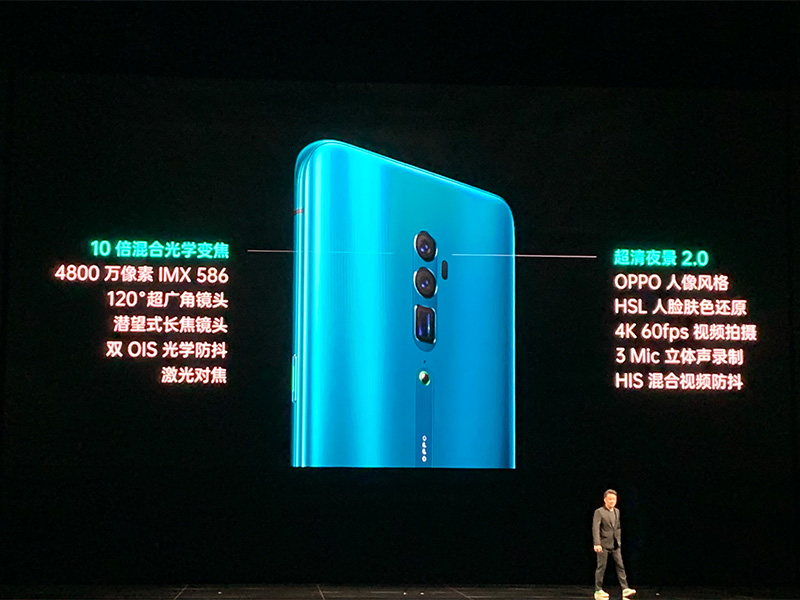 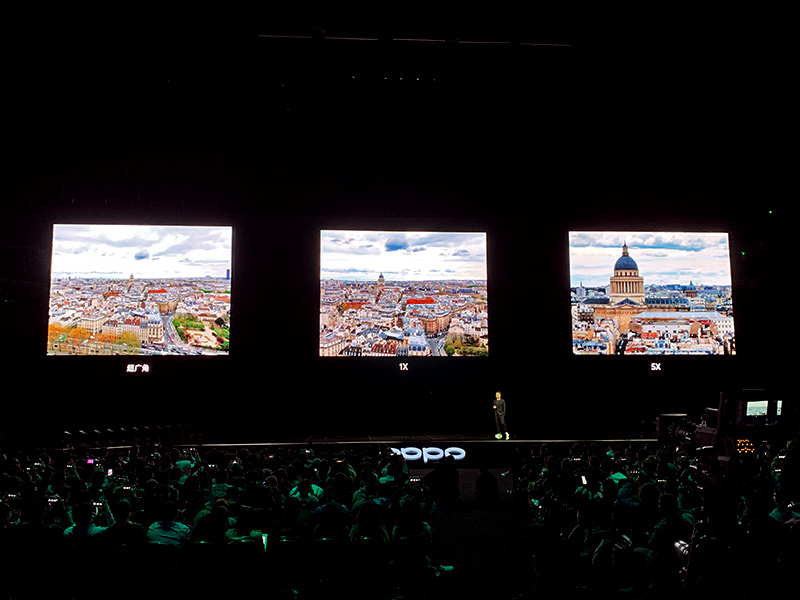 Apart from the zoom camera, the flagship Reno has a couple of other noteworthy features. For one, it’s equipped with copper tube liquid cooling. It also uses dual-frequency GPS to help the phone get a faster location fix.

According to local Oppo folks I’ve spoken to, all the Reno phones (there's apparently a third one that sits below the standard Reno) will be sold in Singapore, but they won’t be hitting retail at the same time. While Singapore pricing hasn’t been announced yet, we do know their prices in China:

Reno 10x Zoom (available in China in May):

Read next: Hands-on with the Oppo Reno 10x Zoom and Reno Standard Edition.

Join HWZ's Telegram channel here and catch all the latest tech news!
Our articles may contain affiliate links. If you buy through these links, we may earn a small commission.
Previous Story
Canon’s light and compact EOS 200D gets upgraded
Next Story
BlackMagic Design’s DaVinci Resolve 16 incorporates AI and a new editing interface