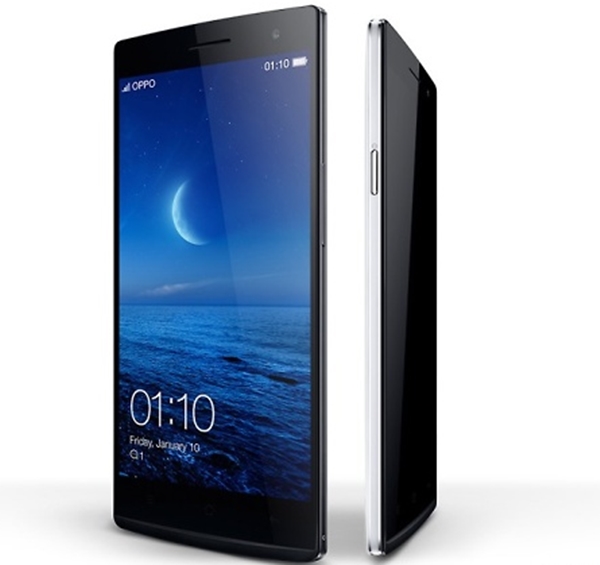 Chinese phone maker Oppo today joined the ranks of Vivo in releasing a smartphone with a 2K (often called a QHD, WQHD, or Quad HD) display. At the launch event in Beijing, Oppo unveiled the 5.5-inch Find 7 which will come in two variants.

Both variants have Corning Gorilla Glass 3 to reinforce the displays, support 4G LTE connectivity (dependent on markets), ship with ColorOS 1.2 based on Android 4.3 Jelly Bean and come with VOOC technology that charges the battery to 75% in 30 minutes.

The most interesting feature of the Find 7 is its 13-megapixel Sony IMX214 CMOS rear camera. Supported by Oppo's latest image signal processor, the Pure Image 2.0 and a "Super Zoom" software feature, the 13-megapixel camera of the Find 7 is able to take 10 consecutive shots quickly  and automatically selects four best shots to combine into a 50-megapixel photo.

The file size of the 50-megapixel photo is about 10MB. Other imaging capabilities include 4K video recording, 720p slow-motion recording at 120fps, and a 5-megapixel front-facing camera. It will be interesting to see how the image quality compares against the 41-megapixel PureView camera of the Nokia Lumia 1020 and the 20.7-megapixel G lens camera of the Sony Xperia Z2.

Oppo will be selling the Find 7a tomorrow in China for US$499 while the US$599 Find 7 is due for release in May or June. We've reached out to Oppo Singapore on the pricing and availability of the devices and will update this section when we have the information.

Join HWZ's Telegram channel here and catch all the latest tech news!
Our articles may contain affiliate links. If you buy through these links, we may earn a small commission.
Previous Story
Launch of Sony Xperia Z2 in Singapore Pushed to First Week of April
Next Story
Corsair Extends Line of Chassis with Trio of Carbide Spec Gaming Chassis