Note: This article was first published on 20th June 2018. 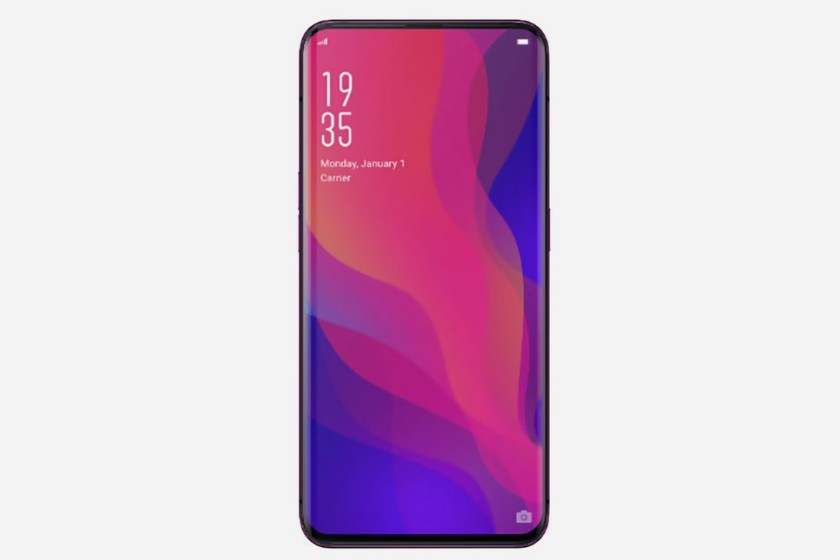 Notches are the hottest trend of 2018, but a lot of people don't like them. Fortunately, there's now a full-screen phone without a notch: the Oppo Find X. The Find X has a 6.4-inch OLED display and a pretty incredible 93.8 percent screen-to-body ratio (for comparison, the iPhone X has a screen-to-body ratio of 82.9 percent). The screen stretches from the very top of the phone, wraps around the sides, and goes almost to the very bottom, with only a small chin below the display. The curved edges makes the phone look a bit like a Samsung Galaxy S9+.

The pop-up camera tray is somewhat similar to the pop-up selfie camera on the Vivo Nex (another brand under the BKK Electronics brand, along with Oppo and OnePlus), although on the Nex, the selfie camera is more like a periscope, whereas on the Find X, the entire top section of the phone slides up.

The Find X does not have a fingerprint scanner. Instead, the phone uses 3D Face Scanning, similar to the iPhone X, housed in the pop-up camera assembly, for biometric authentication. Turn the phone on, swipe up on the lock screen, and the top of the phone will motor up, authenticate your face, and unlock the phone. All of this happens in half a second.

Performance-wise, the Find X is powered by a Qualcomm’s Snapdragon 845 processor, with 8GB RAM, and up to 256GB of storage. It will ship with Android 8.1 Oreo with Oppo's Color OS on top of it. It also has a huge 3,730mAh battery with Oppo’s VOOC fast charging.

The Find X is available to pre-order in China today, but will be released globally in August for €999 (~S$1570) for the 256GB configuration.

There will also be a limited edition Lamborghini Edition of the phone, which will retail for €1,699 (~S$2669). The Lamborghini Edition will have 512GB storage and a carbon-fiber back and will be the first phone equipped with Oppo's new Super VOOC tech that was announced a couple of years ago. According to Oppo, the Lamborghini Edition's 3,400 mAh battery can be charged from empty to 100 percent in just 35 minutes.