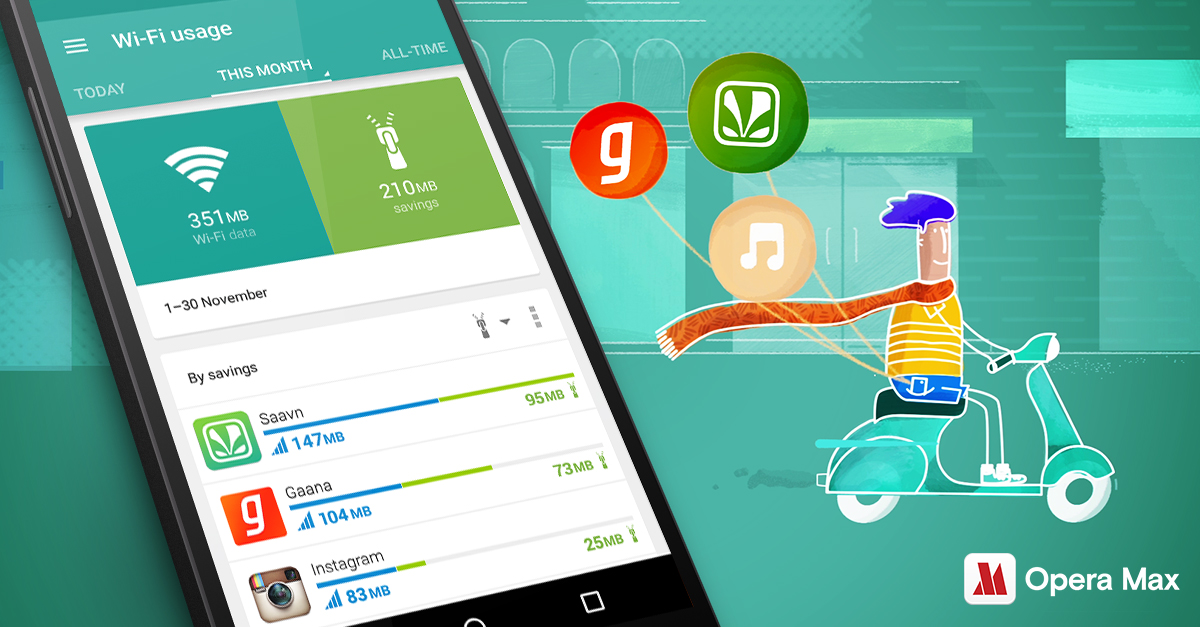 Music lovers, if you have not downloaded Opera Max for your Android smartphone, you might want to start now. The web browser for Android OS smartphone recently optimized their data-saving feature, and the data-management feature now includes audio compression, which is on top of video compression available for existing YouTube and Netflix apps.

“More and more people love listening to their favorite music with apps; however, these apps are among the major data hogs consuming users’ mobile data quickly,” said Sergey Lossev, Product Manager at Opera Software. “Now, we have added audio compression for these music apps so that people will feel free to stream music without having to look constantly for available, free Wi-Fi coverage. This is particularly helpful for users with limited data plans”.

Opera Max uses streaming audio optimization powered by Rocket Optimizer, which manages streaming audio traffic in the same way that it handles video traffic. It supports both MP3 and MP4 stream formats, and it can also convert streams to the more efficient AAC+ codec, which is able to deliver high audio quality over a low bitrate connection to any compatible device. This data saving feature also works on music apps including YouTube Music, Pandora, Slacker Radio, Gaana and Saavn. This is especially handy since most contracted mobile plans from local telcos come with only a few GBs of data, so every extra bit saved goes a long way.

If you're still wondering if the data saved from music is worth the hassle, you might want to see this report by Next Big Sound, which tabulates music habits of people around the world. According to their findings, the first half of 2015 alone saw one trillion plays, and that averages out to 23 songs per person, per month at the very minimum. Staggering, isn't it?

Opera Max is available for smartphones running Android 4.0 OS or above, and it can be found in the Google Play app store.