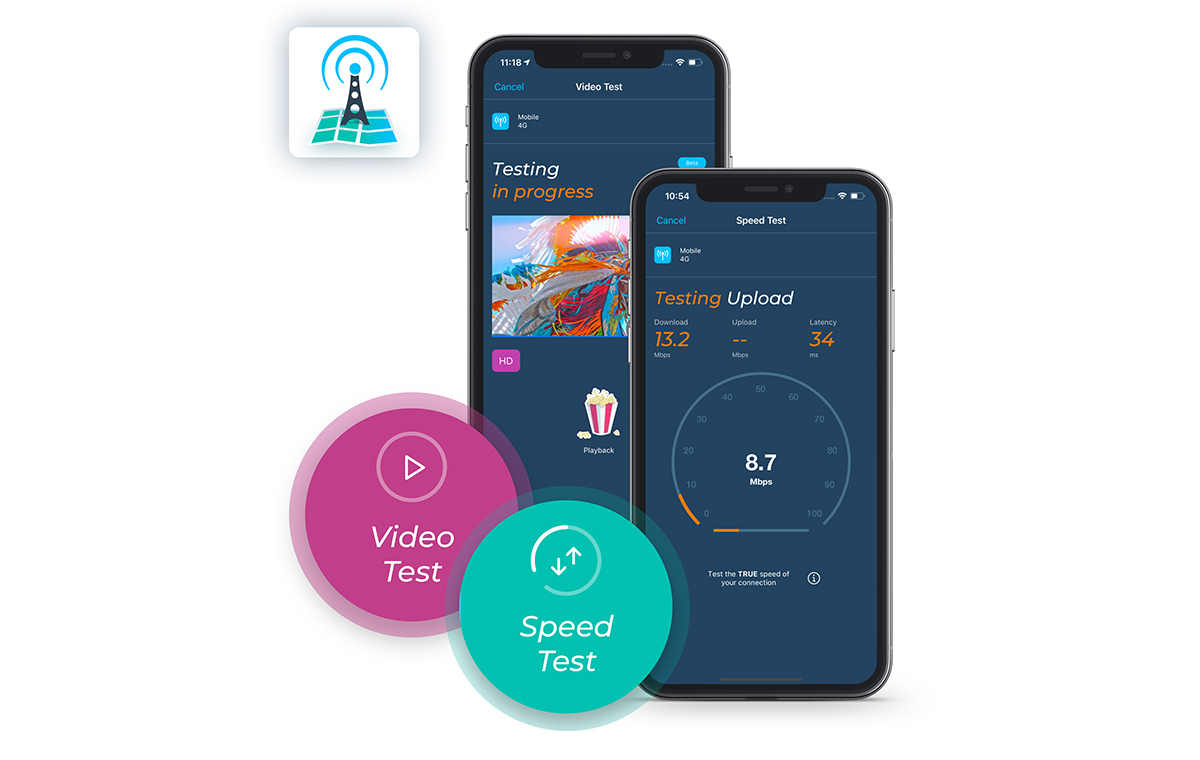 Opensignal published a December 2021 blog post with very interesting observations around how Singaporean consumers are using mobile data and Wi-Fi wherever they go.

Based on its data (derived by Singaporean consumers who submit speed test results to Opensignal), Singaporeans are seeing an average of 179.6Mbps when connected to a 5G network. 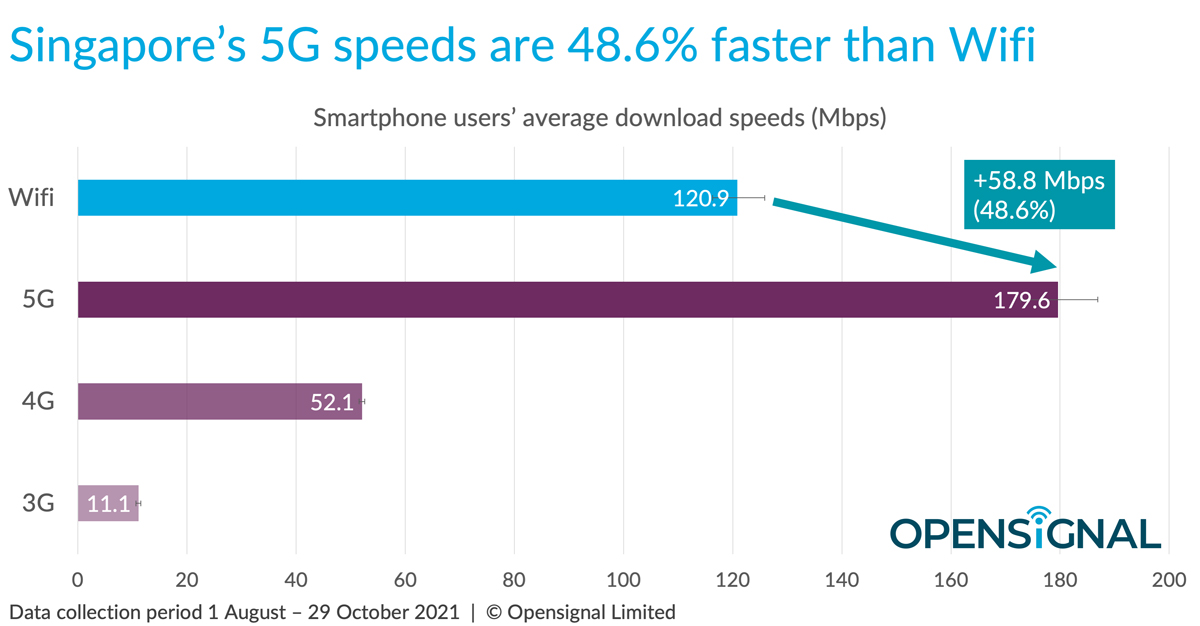 However, users here are spending only 9.7% of their time connected to 5G (in 90 days, ending on 29 October 2021). Opensignal said that 5G services here need to expand considerably to see even greater uptake, but we think it’s also partly because Wi-Fi is more accessible given our current restrictions and circumstances, and Wi-Fi usage isn't limited to a data cap, unlike 5G mobile plans here. 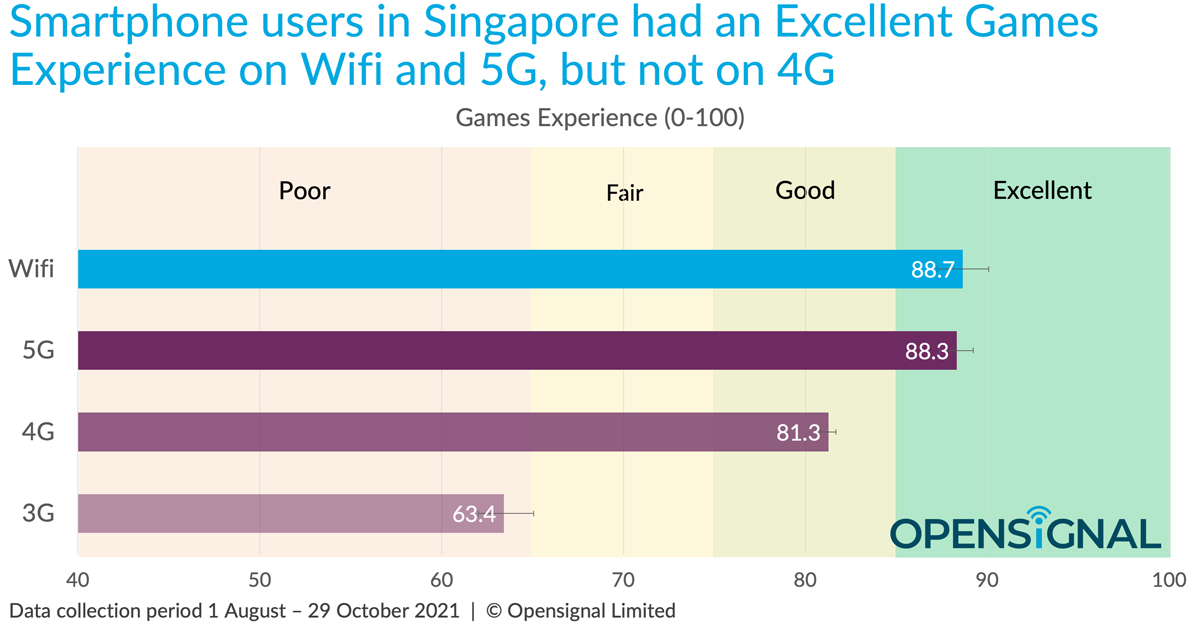 Despite not placing among the top 15 countries for 5G, Singapore’s 5G network is not shoddy by any means. Opensignal data also showed comparable gaming experiences on 5G, scoring 88.7 out of 100 points in gaming experience (Wi-Fi here had 88.3 points).

The firm attributes the excellent 5G gaming experience to low latencies seen here, partly helped along with the deployment of 5G standalone networks in our major telco players. However, it would still be unwise to play latency-based games on a mobile network, given that network switching (between 5G, 4G, and maybe 3G) may occur during an intense match.

To read more about our state of mobile data and Wi-Fi, you can see the blog post here.

Join HWZ's Telegram channel here and catch all the latest tech news!
Our articles may contain affiliate links. If you buy through these links, we may earn a small commission.
Previous Story
Sony's new PlayStation 5 covers will finally let you change the console's colour
Next Story
macOS Monterey 12.1 brings SharePlay and bug fixes, but Universal Control will have to wait until next year