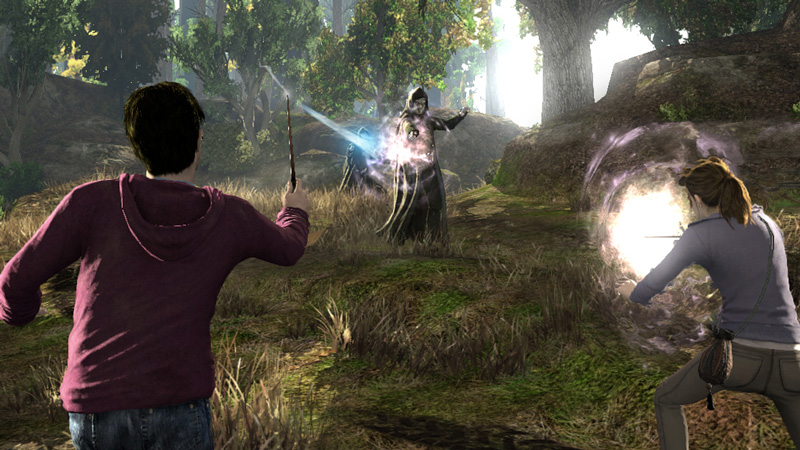 According to a Bloomberg report, an open-world game set in the Harry Potter universe is in the works! The game will recreate Hogwarts and its surrounding areas, allowing players to explore places seen before in the Harry Potter books and movies. Footage from this game was first leaked back in 2018, from a much earlier build.

The game is in development at Avalanche Software, the studio behind the Disney Infinity series of games. Warner Bros. Interactive Entertainment will publish it for multiple platforms, including the PlayStation 5 and Xbox Series X. The Bloomberg report describes the game as, “a big-budget Harry Potter game that will let players role-play as wizards.” Interestingly, the leaked footage included some form of character creation, suggesting that players will get to create their own wizards to play as.

This game has had an eventful production cycle. CNBC had earlier reported that American conglomerate AT&T was interested in selling off the entirety of Warner Bros.’s gaming division, where this game is currently in development. According to the Bloomberg report, J.K. Rowling’s recent series of transphobic tweets have made developers at Avalanche Software uncomfortable. The Covid-19 pandemic has obviously impacted the studio, as well.

Despite all this however, the report states that the Harry Potter game is still set for a late 2021 release date. The original plan was for Warner Bros. Interactive Entertainment to do a big reveal of both this and a Batman game at E3 2020, but those plans fell through. Now, the Batman game will be revealed during DC FanDome - while the Harry Potter game is planned for a later reveal.