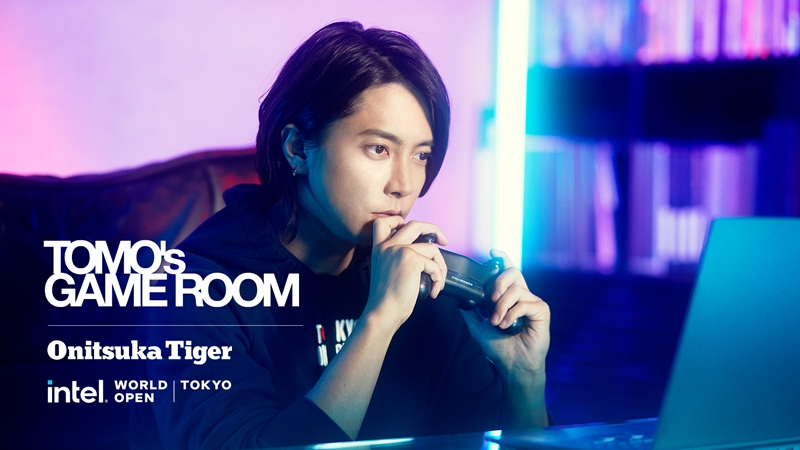 Popular Japanese clothing and apparel brand Onitsuka Tiger has officially announced its participation in the Intel World Open as an official uniform partner, showcasing the full uniform set that will be presented to athletes at the event.

Inspired by the flavours and iconic colour palettes of games like Street Fighter and Rocket League, the uniform pack consists of six separate pieces of apparel which, in line with the brand's perspectives and ideas, is designed to emphasise comfort for the athletes who wear them. It includes one short and one long-sleeved t-shirt, a matching tracksuit and pants as well as a rather sleek and impressive pair of shoes. On top of the uniform pack, Onitsuka Tiger is also announcing TOMO'S GAME ROOM, a brand-new YouTube video series that they're working on alongside Tomohisa Yamashita. Created with the primary aim of fostering and highlighting the possibilities of an inclusive esports society, the series will kick off with its first episode today, 13 July, chronicling Yamashita's growth as a newbie Street Fighter player alongside the community.

Notably, the series will also feature a number of special episodes, including one where he meets the winner of the IWO's Street Fighter tournament, and viewers will be able to check all of them out on Onitsuka Tiger's official YouTube channel.

Finally, to celebrate both the Intel World Open and their brand-new YouTube series, Onitsuka Tiger is manufacturing 120 replica sets of the short-sleeved t-shirt from the uniform pack, which will be available for purchase at S$149 from the following website.

Join HWZ's Telegram channel here and catch all the latest tech news!
Our articles may contain affiliate links. If you buy through these links, we may earn a small commission.
Previous Story
Apple granted "folded camera" patent, may improve optical zoom on the iPhone
Next Story
The 25th anniversary MR-G delivers samurai inspired aesthetics and style for a price