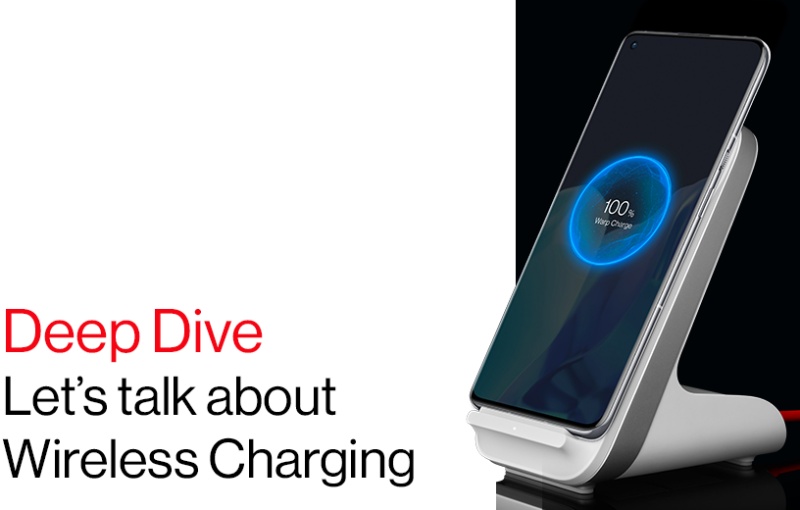 Days after publishing official renders of the OnePlus 9 Pro, OnePlus today shared another official spec for the upcoming flagship phone: its support for 50W wireless charging.

The company confirmed that the OnePlus 9 Series will support Warp Charge 50 Wireless and Warp Charge 65T, which are its fastest wired and wireless charging technology to date. According to OnePlus, the upcoming phone can be recharged from 1% to 100% in just 43 minutes via Warp Charge 50 Wireless! That's even faster than some phones' wired charging.

To manage the high heat production of wireless charging, OnePlus claims the twin battery design adopts a customised battery cell which has lower internal resistance. This means that less heat is produced during wireless charging.

The thickness of the coils inside the phone is also increased by 10% to help with heat dissipation. In addition, the OnePlus 9 Pro has a bigger vapor chamber, thicker copper foil and graphite to keep the phone cooler during gaming and wireless charging. For Warp Charge 65T, OnePlus claims it will take just 29 minutes to charge the OnePlus 9 Series from 1% to 100%!

OnePlus is also introducing a new wireless charger that has two coils and can charge the phone vertically or horizontally. The new wireless charger has a detachable cable design where users can plug in the red cable of the Warp Charge 65 charger or use other third-party USB-PD chargers. It supports bedtime mode, which offers a quieter charging experience during sleeping hours.

OnePlus will be unveiling the OnePlus 9 Series on 23 March. The company will also share more information on its partnership with Hasselblad.