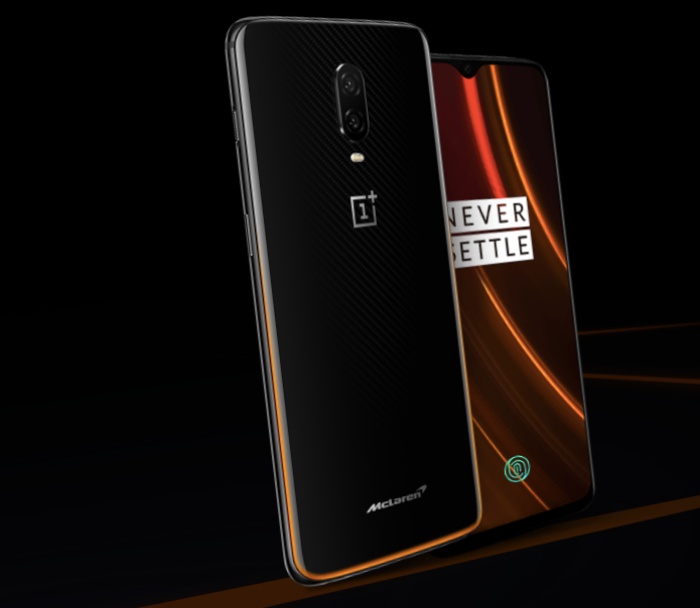 For US$699 (~S$960), you get 10GB RAM, 256GB internal storage space, a black-and-orange color scheme with the McLaren logo at the back, and the new Warp Charge 30 wired charging. OnePlus says the new wired charging technology can re-charge the phone up to 50% faster than the Fast Charge system on other OnePlus phones.

The software also gets some special treatment in the form of a black and orange theme. There is a special animation when using the in-display fingerprint sensor to unlock the phone.

The retail package comes with a special black and orange USB-C dongle, headphone dongle, a McLaren-branded case, a piece of actual carbon fiber encased in an acrylic block, and a hardcover book detailing the history of McLaren’s racing efforts.

OnePlus will start selling the McLaren Edition model in North America and Western Europe on 13 December. China, India and the Nordics will get the phone at a later date.

Source: OnePlus via The Verge